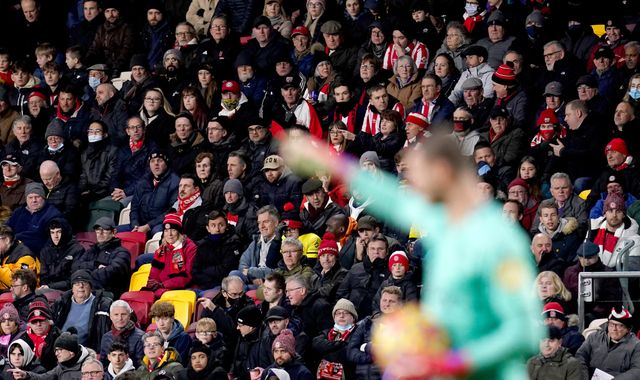 Brentford FC says a supporter has been arrested for allegedly using racist and homophobic language towards a Manchester City player during Wednesday’s game.

The west London side lost to table-toppers Manchester City courtesy of a Phil Foden goal on 29 December.

In a statement issued on Sunday, Brentford confirmed the arrest and said “this is currently a police matter”.

But the club added: “Racist or homophobic abuse is completely unacceptable at Brentford FC and those found to have engaged in conduct of this nature will be subject to a significant stadium ban in line with Premier League sanctioning guidance.”

Premier League clubs can face fines of up to £300,000 or even stand closures if they fail to address fans engaging in “improper conduct” referencing “ethnic origin, colour, race, nationality, religion or belief, gender, gender reassignment, sexual orientation or disability”.

Brentford added: “As a condition of their bail, the individual involved is not permitted to attend any Brentford FC matches until the police investigation is concluded and may be subject to club sanction pending the outcome of that process.

“Through our Bee Together campaign we actively encourage behaviour which is consistent with the principles of fairness, respect and tolerance – those who can’t accept that are simply not welcome at Brentford.”