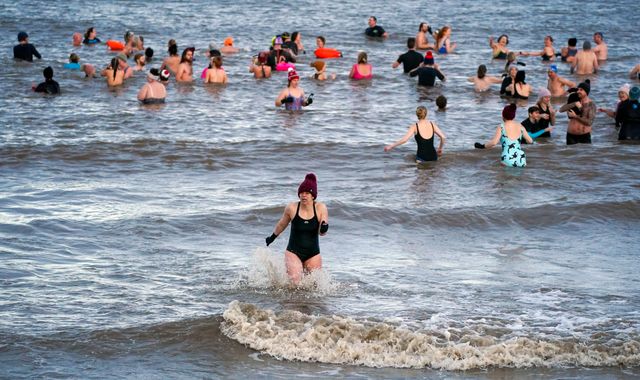 A record-breaking New Year’s Eve could be followed by the warmest New Year’s Day on record as Britain begins 2022 with a bout of “exceptionally mild” weather.

The Met Office is expecting highs of 14C or 15C on Saturday, with the previous record temperature on New Year’s Day standing at 15.6C.

Met Office forecaster Craig Snell said the prospect of records also being broken on New Year’s Day were “not out of the realms of possibility”.

“It is the first time since December 2016 that we have had three consecutive days reach 15C,” he said.

“It has been a prolonged mild spell.

“It will still be an exceptionally mild start to 2022.”

Mr Snell added that the average temperature in December and the beginning of January is usually around 7C or 8C, and this year’s warmer temperatures have been due to a south-westerly wind making its way across the country.

He added that the higher temperatures are usually localised, but “plenty of places” have seen highs of 15C over December.

However, he said January could see a drop in temperatures.

One victim of the warm weather has been the ice rink at Somerset House in London, which will now be closed on New Year’s Day.