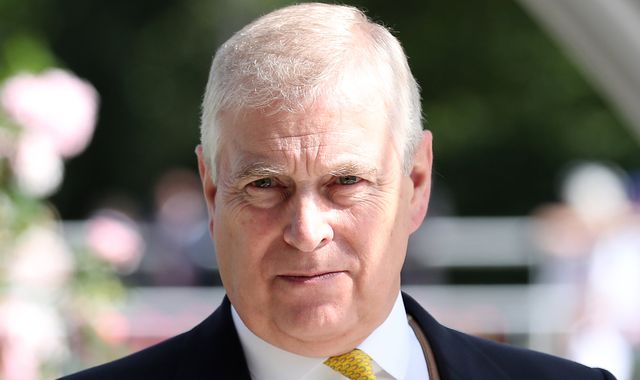 Lawyers for the woman who has accused Prince Andrew of sexual assault have rejected claims her lawsuit against the royal cannot go ahead because she is not a US resident.

The Duke of York’s lawyers this week called for the civil case at a Manhattan court to be halted or thrown out because his accuser, Virginia Giuffre, actually lives in Australia.

She is said to have lived there for all but two of the last 19 years.

But Ms Giuffre’s team, in a court filing on Thursday, have now branded the action by Andrew’s lawyers to halt the lawsuit a “transparent attempt to delay discovery into his own documents and testimony”.

Ms Giuffre, formerly Virginia Roberts, has accused Andrew of forcing her to have sex more than two decades ago when she was under 18 at the London home of Ghislaine Maxwell, and abusing her at two of Jeffrey Epstein’s homes.

Maxwell, a friend of Andrew, was this week found guilty of recruiting underage girls to be sexually abused by her ex-boyfriend Epstein, who killed himself in 2019 while awaiting trial on sex trafficking charges.

Andrew has denied the claims by Ms Giuffre and has not been charged with criminal offences.

His lawyers have described the lawsuit as “baseless” and have already asked a judge to dismiss it on multiple grounds.

In the court filing on Thursday, Ms Giuffre’s lawyers said Andrew has claimed he has no documents that would be responsive to the majority of their requests.

This includes of any communications with socialite Maxwell or financier Epstein, or relating to his trips to Florida, New York or various locations in London.

Ms Giuffre’s lawyers also asked for documentation to prove Andrew has a medical inability to sweat, an alibi he offered in a BBC Newsnight interview in 2019.

They also insisted that Ms Giuffre is domiciled in Colorado, where her mother lives, and noted that she is registered to vote there.

The lawyers added those facts and additional evidence establish her Colorado citizenship.

A judge is due on 4 January to hear arguments on whether to dismiss Ms Giuffre’s civil lawsuit against Andrew, which is seeking unspecified damages.

If judges do not throw out Ms Giuffre’s lawsuit against Andrew, a trial could be held between September and December 2022.

A past settlement between Epstein and Ms Giuffre is set to be made public next week.

Andrew’s lawyers have argued the 2009 agreement releases him from liability because it covered “royalty” and that Epstein had insisted it cover “any and all persons” who Ms Giuffre might sue.

But Ms Giuffre’s lawyers have countered that the agreement “on its face” applies “at most” to people involved in underlying litigation in Florida, thereby excluding Andrew.