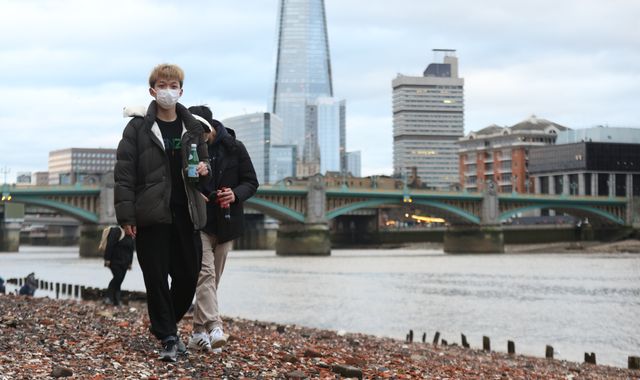 Shortly after, Coningsby in Lincolnshire recorded a high of 15.3C, the Met Office said, meaning today is the warmest New Year’s Eve on record for the UK.

The Met Office said temperatures will continue to rise across the country later in the day before falling slightly at night as Britain rings in 2022.

Parts of southern and eastern England including the West Country, London and Lincolnshire, are set to experience the mildest weather.

“Our station at Ryehill, a small village in East Yorkshire has recorded 14.9 degrees today, which tops the previous record of 14.8. It has provisionally broken the New Year’s Eve record,” Met Office spokesperson Stephen Dixon said.

“We would expect that to climb further and reach temperatures we saw yesterday of around 15.5 degrees.”

Rain is also expected to clear quickly eastwards across England and Wales to leave a blustery but very mild day with sunny spells.

There will be bands of cloud and rain moving northeastwards across most parts of the country tonight with clear spells in between.

Forecasters say it will become windy in the west with coastal gales, but will remain mild.