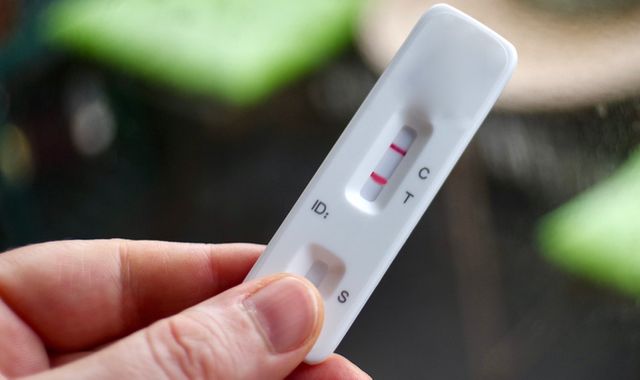 Coronavirus tests could be temporarily unavailable to order due to “exceptionally high demand”, the UK Health Security Agency has warned .

Lateral flow and PCR tests were both unavailable for home delivery across the UK via the government website on Wednesday morning.

PCR walk-in and drive-through sites were also severely restricted. None were available in England or Northern Ireland and “very few” in Scotland.

Both tests were available for delivery again shortly after noon, while in-person PCR slots were also bookable across the UK.

However, after about half an hour of availability, lateral flow tests were again offline – suggesting supply could be patchy in the days ahead.

Gov.uk says people might still be able to collect a kit from a pharmacy when lateral flow tests are unavailable on the website.

However, pharmacies are also reporting very high demand, with people coming in “every five minutes” for tests according to an industry representative.

A UK Health Security Agency spokesman said “during periods of exceptional demand there may be temporary pauses in ordering or receiving tests, to ensure we manage distribution across the system and support changing requirements for LFD and PCR tests”.

He said availability was refreshed throughout the day and encouraged people to check back every few hours, adding they should use existing tests before ordering more.

Work and Pensions minister Chloe Smith said the government was “working extremely hard to make sure that [testing] capacity is there”.

“That is happening behind the scenes,” she told the BBC’s World at One programme.

“I appreciate that every so often the site may go down but try back again later, because that is how we are making sure it is all there.”

It has led to calls to follow the US and cut isolation to five days to protect key industries.

Mirroring the picture in a number of European countries, coronavirus case numbers hit another record in England on Tuesday, with 117,093 reported.

However, the number seriously ill on a hospital ventilator has so far not increased, apparently backing up studies suggesting Omicron is not as harmful as the Delta variant.