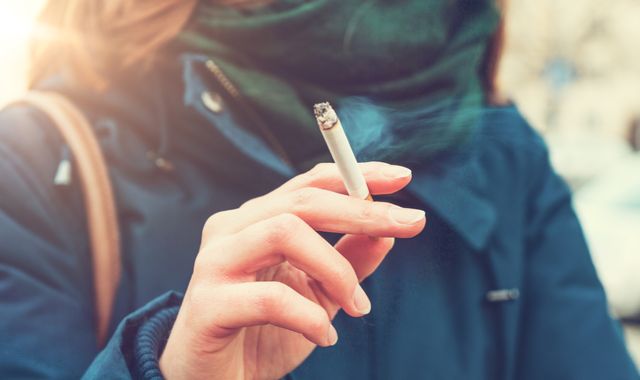 Teenagers with parents who smoke are four times more likely to take up the habit, according to a government campaign.

Some 4.9% of young teenagers who grow up with a smoking caregiver also smoke regularly, against just 1.2% for those whose caregiver doesn’t smoke.

The NHS has released a film as part of the campaign showing health experts discussing the link between adults smoking and the chances of their children starting.

It’s hoped the research on the link between children and adults smoking will give people extra willpower, said health minister Maggie Throup.

She said: “We know that many people make a quit attempt in January, and while there are so many good reasons to stop smoking for yourself, we hope that this new campaign – by highlighting the inter-generational smoking link with parents influencing their children – will be the added motivation many need to ditch the cigarettes for good this year.

“With so much help and support available for parents, carers and anyone looking to quit – including the NHS Quit Smoking app, support on Facebook, daily emails and texts, and an online Personal Quit Plan – you won’t be alone in your new year’s resolution.”

The NHS gives the following tips for a smoker who has named their quit date: