Adoption: Families ‘wracked by guilt’ and at ‘breaking point’ after lack of support with vulnerable children 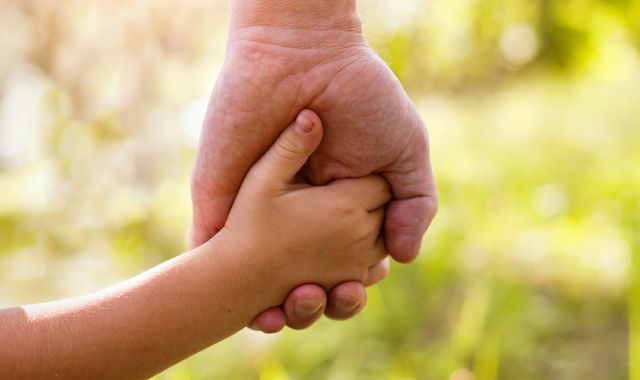 A “chronic” underfunding of help for adopters means parents are “not supported” through the process, according to a leading lawyer.

He said a lack of knowledge in children’s services about the challenges of adoption means parents are “wracked by guilt” when the “journey of hope doesn’t work out”.

Mr Priestley said: “The damage done to children is done often in the early weeks and months in the care of the birth family, and that damage genuinely impacts a child and parents need to have access to local authorities that understand the issues.”

Tom and Mary, whose names were changed to protect their identities, adopted three siblings aged three, four, and five and said their experience of adoption brought them to “breaking point”.

Tom said the adoption was “very exciting” at first, but it soon became clear that the children had symptoms of post-traumatic stress disorder (PTSD) after suffering, or witnessing, domestic violence before being adopted.

The couple described the night terrors, explosive reactions and “secondary trauma” their children suffered and said Doncaster Council did not give them enough support.

The father said they were “mis-sold” and the council “didn’t fully appreciate quite how traumatised the kids were”.

He said any visits from social workers were brief, and the council initially failed to tell them they were entitled to an adoption support fund that could have helped with therapy for the children.

Tom said: “I don’t like to even think it or say it out loud. But we’ve we’ve had some very dark, difficult thoughts and conversations.”

A Doncaster Children’s Services Trust spokesperson told Sky News: “Although we cannot comment on individual cases, we do apologise for the upset they have felt. We are keen to speak directly with the couple so that we can address their concerns and ensure they have the support they need for themselves and their family.”

Mr Priestley said there was a shortage of funding for care for children and teenagers, adding: “It’s chronic and destroys family life, and the children we are talking about are amongst the most vulnerable in society.”

However, Ben Carpenter had a very positive experience after adopting six children with disabilities, and said he felt “lucky” to have been supported by his local authority.

Mr Carpenter said adoption was challenging and “not for the faint hearted” but said it had been the “most rewarding experience” of his life.

He first applied to adopt when he was 21, but never intended to adopt six children. Mr Carpenter said: “Did I necessarily choose to have six children? Possibly not. I’m glad I’ve got six children. Absolutely. My children have changed my life just as much as I changed theirs. My life is so much richer with them in it than it was without.”

Children with disabilities, those from an ethnic minority background and sibling groups are known as “harder to place” because they usually wait significantly longer to be adopted.

More than a third of children in those groups waited 18 months or more to be adopted, and almost 80% of children with disabilities waited that long, according to the adoption charity Coram.

The figures, exclusively given to Sky News, are based on the charity’s activity days, which allow prospective parents to meet children waiting to be adopted.

Dr Carol Homden, the chief executive of Coram, said it was “quite understandable” for prospective parents to be uncertain about adopting and that it was important adopters were “fully informed” about the history of a child.

She said: “All the children in the care system are there for a reason, and they’ve had a very tough start in life.

“It’s not something to be gone into lightly, this is taking on parental responsibility forever, pledging your love forever.”

But she said, “the most marvellous reward that we see every day: families that are happy and strong. We are constantly astonished at the ways in which children can develop and thrive in life and bring joy into the hearts of their families”.

Tom and Mary said their family now have more support and are feeling positive about the future.