UK weather: New Year’s Eve could be mildest on record as temperatures expected to reach 15C, the Met Office says 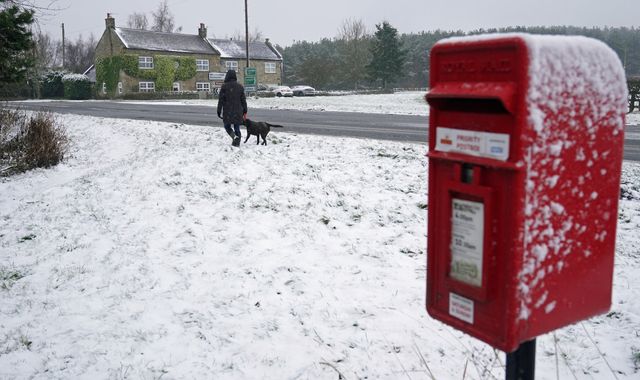 New Year’s Eve could be the mildest on record, with temperatures forecast to be as high as 15C (59F), the Met Office has said – but colder temperatures are set to return in January.

The previous record for New Year’s Eve was set in 2011, when temperatures hit 14.8C (58.6F) but that record could be matched, or even surpassed in some parts of the UK.

Met Office meteorologist Greg Dewhurst said: “The record is 14.8C on New Year’s Eve and that was in 2011, temperatures look like they’ll be 14 to 15C (57.2-59F) so it is possible that temperatures could be that value.”

Mr Dewhurst said the weather in the week leading up to New Year’s Eve will be “on the mild side”, adding: “We’re going to see across the whole of the country, through the rest of this week, temperatures that are above average for this time of year.

Over Christmas, there was snowfall in Yorkshire and Scotland, but Mr Dewhurst warned Brits will not be basking in unseasonable snow.

“It isn’t going to be blue skies all week,” he said.

“There’s going to be cloud at times as well as strong winds and heavy rain, particularly across the North and the West of the UK.”

It comes as bookmaker Coral slashed the odds for this being the hottest New Year’s Eve on record from 3-1 to 6-4.

Colder weather to return in January

However, the milder weather is not expected to last, and James Madden, weather forecast for Exacta, said further snow events are “likely” during the first half of January.

In his long-range weather forecast, he added: “Later in January could offer some reprise from the cold and wintry conditions as some less cold or event potentially even mild weather sweeps our shores for several days as some potentially hostile weather arrives from the Atlantic.”

“Despite warming things up” however, there could still be some “transient and notable snow”, with January a colder and drier month overall.

Meanwhile, the Met Office said January could bring the “risk of heavy rain and strong winds at times”.

Jim Dale, meteorologist for British Weather Services, told The Sun the warm weather “will last for about five days, after which we expect to pay for it with the cold to return.”

“This is by no means the end of winter,” he added.

New Year’s celebrations in the UK are expected to be muted this year, with rising COVID-19 rates due to the Omicron variant.

Celebrations in Trafalgar Square have been cancelled by London Mayor Sadiq Khan “in the interests of public safety”, while free travel on the London Underground has also been scrapped.

Mr Khan said that with COVID-19 infections at “record levels” in the capital he is “determined to work closely with partners to do everything we possibly can to slow the spread of the new (Omicron) variant”.

He added that there were no weather warnings in place, but parts of the UK will see gale force winds later in the week.

“Gales are possible at times in the South and the West as we move through the week,” he said.