The Ashes: England lose four wickets in final hour as Australia close in on victory 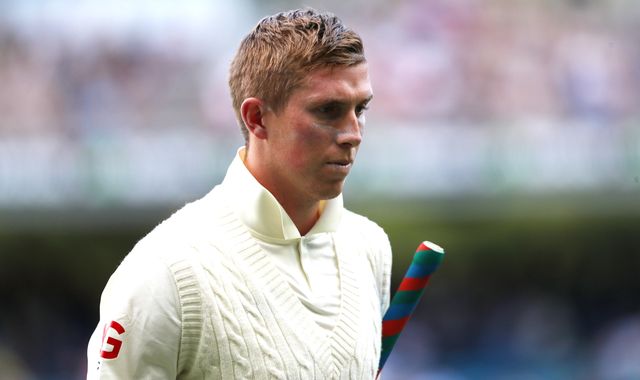 A disastrous final hour ruined what had been England’s best day of this Ashes series so far as Australia closed in on victory at the Melbourne Cricket Ground.

The tourists ended day two on 31-4, still trailing by 51 runs, as Mitchell Starc (2-11) and Scott Boland (2-1) tore through the top order with two wickets apiece.

The only solace for England is that Joe Root (12no) survived the day and will start again on day three with Ben Stokes (2no) for company.

Prior to that late collapse, it had been England’s day with the bowlers working hard and making the most of a seamer-friendly surface to bowl Australia out for 267, limiting the first-innings lead to 82 with James Anderson the pick of the attack, taking 4-33.

However, England’s good work was undone by some excellent Australia bowling in the closing stages of the day.

Starc removed Zak Crawley (5) and Dawid Malan (0) in successive balls and Boland dismissed Haseeb Hameed (7) and nightwatchman Jack Leach (0) in the space of three deliveries to leave England needing something special to avoid defeat, both in the match and the series.

There were briefly fears that there would be no play at all following the news of four positive COVID tests within the England camp.

But with the players all registering negatives, day two got under way 30 minutes later than scheduled.

Ollie Robinson got England off to the start they wanted as he removed nightwatchman Nathan Lyon in the fourth over of the morning, a delivery on a near-perfect line finding a thin nick through to Jos Buttler.

Five overs later, it got better for the tourists as Mark Wood dismissed Marnus Labuschagne (1), with Root gobbling up the chance at first slip.

Anderson produced an excellent spell as the morning progressed and was rewarded with the wicket of Steve Smith (16).

Marcus Harris and Travis Head shored things up for the home side either side of lunch with a stand of 61, the former going through to a 130-ball half-century, before Robinson (2-64) returned to have Head (27) caught behind.

When Anderson ousted Harris (76) soon afterwards, going around the wicket and drawing the opener forward to find the edge to Root, England were right back in contention with Australia still trailing, albeit by just five runs, and only four wickets in hand.

Cameron Green and Alex Carey nudged the hosts in front by tea, but fell in quick succession thereafter.

Pat Cummins (21) and Starc (24no) held England up a few overs before Anderson, aided by the second new ball, did for the Australia skipper and it was left to Wood (2-71) to wrap up the innings with the wicket of Boland (6).

In a relatively low-scoring contest, Australia’s lead was a very healthy one but England’s bowlers had done enough to significantly improve the situation for the visitors after a dismal first day.

Hameed and Crawley walked out with an hour left in the day and if they were in any doubt about just how tough it was going to be, Australia’s quicks soon let them know.

Cummins started with a snorter that reared up from back of a length to strike Hameed on the arm guard and ballooned over the slips and then found Crawley’s edge, only for wicketkeeper Carey to be left a little flat-footed and the ball landed just short of David Warner at first slip.

That luck soon ran out, though, with Crawley feathering behind off Starc, who then pinned Malan in front with his next ball – a review not enough to save the left-hander.

Root joined Hameed and after playing and missing at the hat-trick ball, the pair battled through the next few overs of some searing fast bowling from Starc and Cummins before the introduction of Boland and Australia’s next one-two punch.

A little bit of nip off the seam was enough for Boland to find a faint edge from Hameed and bring a raucous MCG crowd to their feet and they were up again two balls later as Leach shouldered arms and saw his off stump pegged back.

A punch-drive through mid-on from Root ended the day, a shot of conviction that was in complete contradiction to what had come before in a tension-filled final hour but England will need plenty more like it on day three as they try to keep the urn from Australia’s clutches.