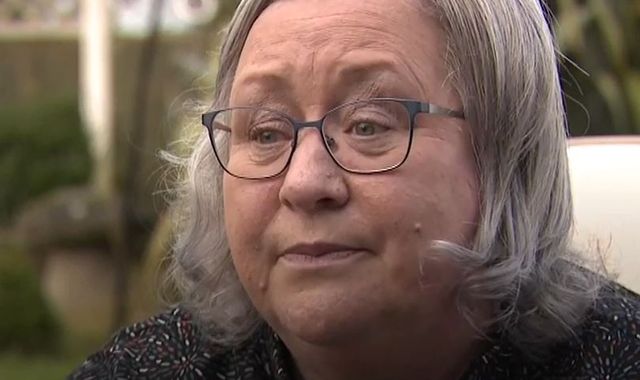 Jackie Weaver has revealed how her time in the spotlight this year “continues to feel like something that will not be here tomorrow” after going viral with a council meeting video.

The 63-year-old became one of the most popular social media memes of the year after Handforth Parish Council’s infamous Zoom meeting went viral in February .

Now the chief officer at Cheshire Association of Local Councils is ending the year adapting to a newfound celebrity lifestyle, after releasing autobiography You Do Have the Authority Here! and appearing on quiz shows such as Channel 4’s Big Fat Quiz of the Year 2021.

Ms Weaver reflected on how she handled being heckled and shouted down by Handforth parish councillors, before kicking chairman Brian Tolver out of the call and placing him in a virtual waiting room after he told her to “stop talking” and that she had “no authority here”.

She said: “It felt like a game of chess.

“I had a colleague of mine on the Thursday night send me a text message which said, ‘you’re trending number three in the country!’ and I had absolutely no idea what they were talking about.

“Believe me: in my whole life, I’ve never done anything interesting – so the idea that the world is slightly interested (was) weird… it continues to feel like something that will not be here tomorrow.”

Ms Weaver still has her day job with the council, but balances it with life in the spotlight and even hosts her own podcast called Jackie Weaver Has The Authority.

She said: “I’m beginning to understand a little better the world of celebrity… some are incredibly kind. Richard (Madeley), Jimmy Carr was lovely, he treated me very nicely.

“I actually now have a camera smile. Relax your face, and then go back into it – don’t try and hold it.”

She confessed the celebrity she was most star-struck interviewing on her podcast was Strictly Come Dancing’s Anton Du Beke.

She said: “The only one I was really pleased to see was Anton (Du Beke) because I’ve followed him on Strictly.

“He did my podcast with me and I remember saying to him, ‘I promise you now – I will not say yes to Strictly because I really want you to win, and I can guarantee you’d be the one partnered with me!”.’