Walton & Hersham FC: Meet the youngest owners in football – who have big plans for their club 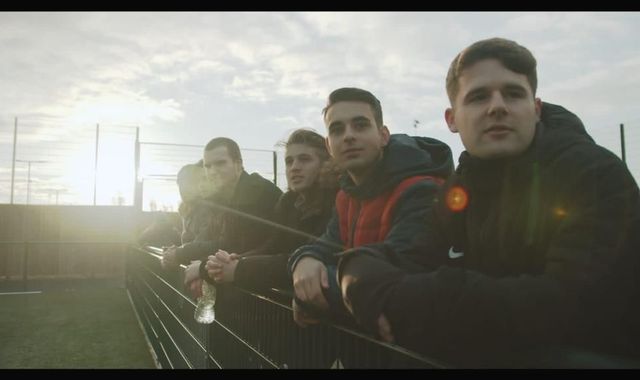 In November, Walton & Hersham FC travelled to the Springfield Stadium in Jersey for a crunch match against the Jersey Bulls, who hadn’t dropped a point at home in almost 25 games.

The game looked like it would end in a comfortable 4-1 win for the home side – but three goals after the 85th minute secured a draw and a point for the Swans.

A huge last-minute comeback, it was a moment that co-owners Jack Newton and Sartej Tucker, both 22, felt made all the effort and hard work they had put into the Surrey club feel like it had paid off.

The pair are part of a seven-person consortium that bought Walton & Hersham FC for a “nominal fee” in August 2019, back when they were just 19.

Steeped in history, the semi-professional club was formed in 1945 and has since played an important role in the community and non-league football.

The Swans have been a staple in the lower tiers of the football pyramid, with Ballon d’Or winner Sir Stanley Matthews sitting as club president in the 70s. In 1973, they won the FA Amateur Cup at Wembley, and were managed by Sky Sports commentator Martin Tyler in 2005.

However, in recent years, the club had been in “terminal decline” – suffering relegation into the Combined Counties Premier Division and their stadium at Stompond Land being sold to Elmbridge Council in 2016. Long-term owner Alan Smith had been looking for a way out.

In 2017, the club moved into Elmbridge Sports Hub, a £20m development, and now shares the facilities with the Walton Casuals – but at that point in its history, it had lost touch with the local community.

Enter the seven “football mad” friends from the area, determined to usher in a new era of success.

Dubbed the “Class of ’18”, the consortium – Thomas Bradbury, Ben Madelin, Calogero Scannella and Stephan Karidi, along with Newton and Tucker and Reme Edetanlen, who has since left the group – all studied at Hampton School together, and now all work full-time or are at university.

“It’s daunting to take over a football club but it’s one of those things where if you get the opportunity to do it, you don’t think twice,” Tucker, the director of operations, told Sky News.

Learning on the job

Newton admitted they were a bit naïve when they first took ownership of the Swans, but “faced problems as they came”.

“Within the first month, we realised quickly there is a lot more admin than we first expected,” he said. “The day before the first game of our first season as owners, we didn’t have kits and had to scramble to sort something out.

“We assumed that between the six or seven of us, we would be able to manage all of that but realised within the first three months that there was a lot more do to here.”

At the time of the consortium’s takeover, the team was struggling on the pitch and gate sales were low.

Off the pitch, the owners rebranded the logo and used social media to connect with more fans. And in April 2020, they replaced manager George Busumbru with Scott Harris, a former player and assistant coach at Walton Casuals.

“Scott came to us in February 2020 and pitched a long-term vision to us, which we didn’t have with the previous manager. We changed the whole management team in April 2020,” Tucker said.

The change brought with it a new style of football.

The coaching team is “obsessed with [Manchester City manager] Pep Guardiola, Spanish culture and just total perfect football,” said Tucker. “Even at division nine-level, that’s what they aspire to do. It’s not about getting results or winning games for them. It’s about playing good football – and winning is a by-product of that.”

Earlier in 2021, the Swans were promoted to the Premier Division South, the ninth tear of English football and fifth in non-league.

They are currently in the top spot after a strong start to the season, including playing in front of a packed crowd in the FA Cup.

However, just as the owners were getting their teeth into football club ownership, the coronavirus pandemic halted their progress.

The Football Association decided to end the league two weeks into the first lockdown in 2020, just as the club was pushing for promotion.

“The Premier League, English League and the top of the National League ended their seasons on a points-per-game basis or played out the rest of the season,” Newton said.

“We felt pretty harshly treated at that point. The fact that we had played 75% of the season, it was pretty crushing at first.”

Tucker added that while it was frustrating at first, it did give them the opportunity to “take stock” and look forward.

“We changed our manager and having that five or six-month period without football, there was so much scope for ideas and development of the club,” he said.

“Once you step back from the day-to-day running of it and the chaos that happens every week, you can focus on the long-term vision of the club.”

The owners are now looking to expand the club’s youth system and aim to start a women’s team in the next couple of years.

The aim is for promotion this season – but the owners won’t settle there, saying they hope to continue their upward trajectory through the football pyramid.

Walton & Hersham’s style of play means it “gives players a chance to express themselves” and they say this has attracted scouts from clubs in leagues above.

With 20 goals this season, Palace Francis, 19, is the club’s top scorer; he was poached by National League club Bromley FC in December, a side who are pushing for promotion to League 2 this season.

While it was disappointing to see him leave, Tucker said it was a testament to “the kind of talent that is at the club”.

Asked if Palace is the next Jamie Vardy – who rose from Conference league club Fleetwood Town to Leicester City, helping the club to their 5,000-1 Premier League victory in 2016 – Newton quipped that he is “better”.

“Michail Antonio was playing for Tooting & Mitcham when he was 20, which is one level above us,” he said. “So there is no reason why Palace if he continues his development, he can reach a similar level. You never know.”