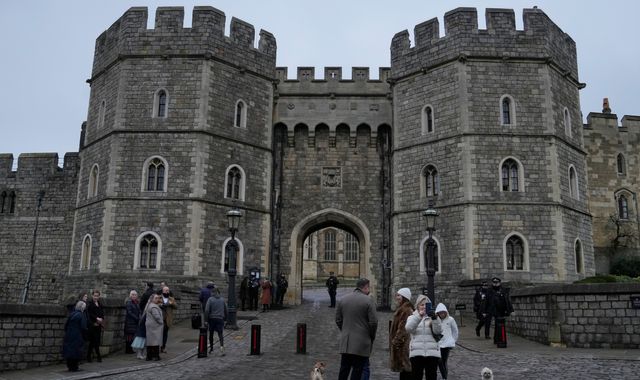 A man armed with a crossbow who was arrested after breaking into the grounds of Windsor Castle on Christmas Day has been detained under the Mental Health Act, police have said.

The 19-year-old from Southampton was arrested on suspicion of breach or trespass of a protected site and possession of an offensive weapon at about 8.30 yesterday morning following a security alert at the castle, where the Queen is staying.

The Met Police said in a statement: “The man was taken into custody and has undergone a mental health assessment – he has since been sectioned under the Mental Health Act and remains in the care of medical professionals.

“Following a search of the man, a crossbow was recovered.

“Inquiries into the full circumstances of this incident are being progressed by Metropolitan Police specialist operations.”

The Queen has been spending Christmas at Windsor this year with family members the Duke and Duchess of Cornwall, Prince Edward and Sophie, the countess of Wessex, after cancelling the traditional plans at Sandringham due to COVID.

Charles, Camilla, Edward and Sophie, along with their children Lady Louise and James, Viscount Severn, attended a church service in St George’s Chapel, in the castle grounds, at 10.45am on Christmas morning.

She said there was “one familiar laugh missing” following the death of her husband Prince Philip amid the continuing impact of the coronavirus pandemic.

The Queen’s speech was also the most watched programme on Christmas Day after averaging 7.4m viewers, according to overnight figures from the BBC.