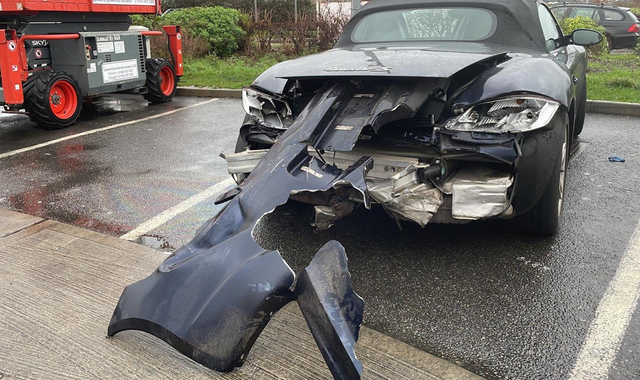 A man who crashed his Porsche on the M25 continued to drive for about 20 miles despite severe damage to the car.

Police said when the vehicle was stopped by officers on the motorway near Cobham, Surrey, the driver told them that the crash had happened in Kent.

An image posted on Twitter by the force shows dramatic damage to the rear of the vehicle.

It appears to show part of the car unattached and lodged in the car’s boot.

Surrey’s Roads Policing Unit tweeted: “We stopped this vehicle seen driving on the #M25 near Cobham.

“The driver told officers he had crashed the car on the M25 in Kent and thought it would be OK to continue the journey in this condition.

“The driver gave a positive breath test but was under the prescribed limit.

“The vehicle has been prohibited from use on the road and the driver reported for driving a vehicle in a dangerous condition.