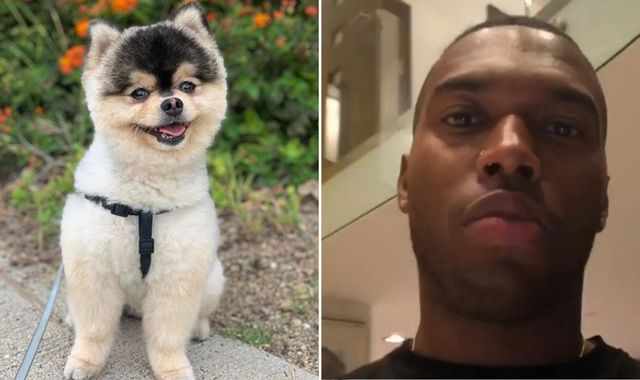 The former Liverpool striker said thieves had broken into a house in West Hollywood, California, and taken a number of bags in addition to Lucci.

“Yo, somebody please find my dog. I’ll pay anything, I’m dead serious. I want my dog back, man,” he said.

The pooch was found by local musician Foster Washington who shared pictures on social media.

“When we found the dog I thought my life was going to be better,” Mr Washington said, adding that he had been “fighting this case for over a year”.

Court documents show a default judgment was given, meaning Sturridge did not answer the complaint.

Mr Washington, whose rapper name is Killa Fame, said he felt “let down” by Sturridge.

“Hopefully he pays up and doesn’t try to appeal it,” he said.

He is yet to arrange payment with Sturridge, he added.