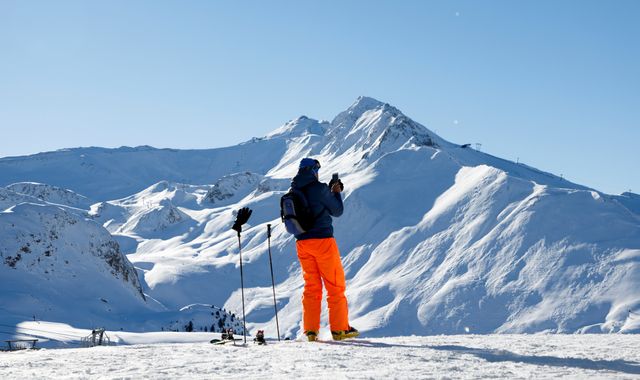 Christmas holiday plans are being abandoned as European nations impose new, tougher restrictions on visitors from the United Kingdom.

Following on from France and Germany, Austria has become the latest country to bring in new rules that limit access to British tourists.

Starting from Christmas Day, anyone arriving in Austria from the UK will have to show proof of being double-vaccinated and boosted, as well as providing a negative PCR test.

Anyone who has not got the documentation will be told to stay in quarantine for 10 days.

It is a particular blow for the winter sport industry, which was already suffering after France banned almost all arrivals from Britain. Some of those skiers who had switched their festive booking from France to Austria are now facing more disappointment.

Tour operators have already started cancelling holidays to Austria, citing the difficulty in getting the necessary PCR test during the festive period.

Crystal Ski, which is Britain’s biggest winter sport company, said: “Unfortunately, due to the short notice of the new Austrian entry requirement, we’ve made the difficult decision to cancel our holidays to Austria on 27 December.

“We know that last-minute testing is extremely challenging, even more so given that the tests would need to be taken on Christmas Day or Boxing Day.

“With limited testing availability and capacity nationwide, we’re aware the vast majority of our customers would’ve been unable to meet this new requirement to travel.”

The company is offering refunds to people who were due to travel on 27 December, while those due to set off on either 1 or 8 January will be given the opportunity to reschedule their holidays.

Italy, too, demands proof of double-vaccination as well as a negative test, while similar rules are imposed by Switzerland, another popular skiing destination.

The effects of tighter travel rules are spreading beyond the world of winter sport holidays. Cruise line MSC Cruises has cancelled four sailings from the UK by its ship MSC Magnifica due to pandemic restrictions across Europe.

The cruises, due to depart from Southampton on 21 and 28 December, and 4 and 11 January, were scheduled to call at France, Germany and the Netherlands, all of which have brought in new travel rules in recent weeks.

The return of stricter rules on international travel has also led to both Ryanair and easyJet reducing their capacity for January, predicting a significant decline in the number of passengers using aircraft.

A spokesman for Ryanair said: “In responding to these restrictions, Ryanair has now cut its January capacity by 33%, reducing its expected January traffic from approximately 10 million to 6-7 million.”