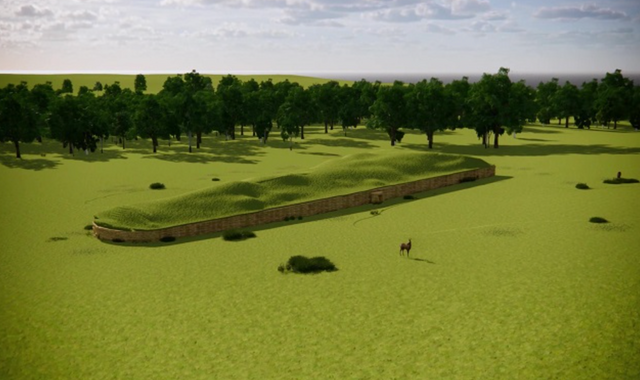 The world’s oldest family tree has been discovered after DNA analysis from a 5,700-year-old tomb in the Cotswolds.

Archaeologists made the landmark discovery into how prehistoric families were structured after a group of 35 people, believed to have lived 3700-3600BC, were found entombed in a cairn near the village of Hazleton.

An international team made of archaeologists from Newcastle University and geneticists from the University of the Basque Country, University of Vienna and Harvard University, found that most of the people buried there were from five generations of a single extended family.

Lead archaeologist of the study, Chris Fowler of Newcastle University, said “one extraordinary finding” in the tombs was that two separated chambers were used to place remains from one of two branches of the same family, including step-children.

Dr Fowler said: “This study gives us an unprecedented insight into kinship in a Neolithic community.”

Inigo Olalde of the University of the Basque Country and Ikerbasque, the lead geneticist for the study, added: “The excellent DNA preservation at the tomb and the use of the latest technologies in ancient DNA recovery and analysis allowed us to uncover the oldest family tree ever reconstructed and analyse it to understand something profound about the social structure of these ancient groups.”

The team found that most of the people buried in the tomb were descended from four women who had all had children with the same man.

Men were known to be generally buried with their father and brothers, so this suggested that later generations who were buried at the tomb were connected to the first generation entirely through male relatives.

Share
Facebook
Twitter
Pinterest
WhatsApp
Previous articleDavid Cameron on Boris Johnson: ‘He’s always been able to get away with things that mere mortals can’t’
Next articleCOVID-19: Impact of lockdown on children’s development will ‘last for years and years’