Winter is coming – and bringing Game of Thrones to Northern Ireland 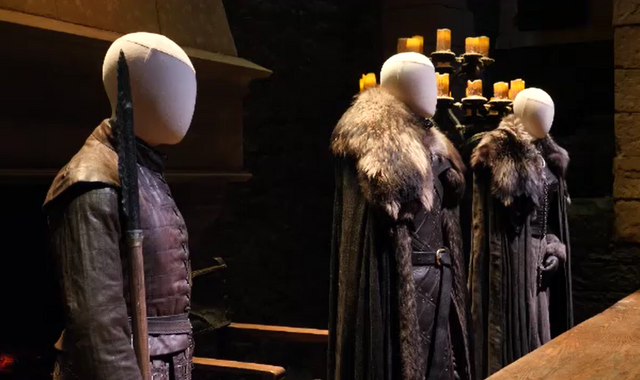 Winter is coming… and bringing the world’s only permanent Game of Thrones Studio Tour to Northern Ireland.

The £40m attraction doesn’t open until February 2022 but Sky News was granted an exclusive sneak peek.

It is a breath-taking step into Westeros, the fantasy land of fire-breathing dragons at the heart of the globally-acclaimed drama.

Actor Ian McElhinney, known to fans as Ser Barristan Selmy, joined us in front of the fire in the Great Hall on the Winterfell set.

"Suddenly you get a whole different sense of reality of the part that you’re playing and the world that you’re part of."

"Walking in here is like being back in the Game of Thrones studio and being kind of impressed by it," he added.

The 110,000 sq ft studio tour is situated at one of the original filming locations – Linen Mill Studios in Banbridge, County Down.

Ian said: "70% of it was shot here in Northern Ireland. In fact, a surprisingly large part of that 70% was shot in Banbridge.

"To find that all of it, all the various bits and pieces are being brought here over time to create this extraordinary exhibition is just fantastic," he added.

Game of Thrones already accounts for one in six visitors to Northern Ireland but this interactive experience takes fans closer than ever before to the seven kingdoms, exploring original sets, costumes and props.

Claire Moles, head of marketing at the Studio Tour, said: "Whether it’s from Mumbai to Paraguay, from Athens to Antrim, we’ve had that interest on our social media channels and through all of our website tracking.

"Northern Ireland really is the home of thrones. It’s been such a part of our world here for the last 10 years but there’s a new generation who maybe don’t know the show and this is their opportunity to come in and be part of this epic adventure," she added.