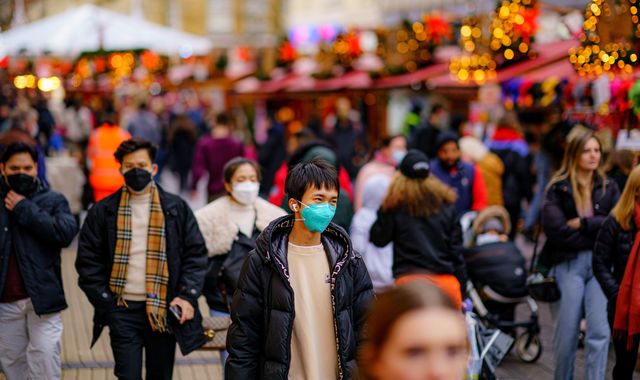 New data on the severity of the Omicron variant is set to be published today – after two studies showed that it appears to be milder than Delta.

In a move likely to inform Boris Johnson’s decision over any further restrictions after Christmas, the UK Heath Security Agency (UKHSA) will release its analysis along with findings on the efficacy of two and three vaccine doses.

Two studies released in the past 24 hours, using real-world UK data, have raised hopes that people infected with Omicron are less likely to be hospitalised than those with Delta.

The number of infections in recent days has led to new measures in other parts of the UK, with Northern Ireland to close nightclubs from Boxing Day and Wales to bring back a form of the “rule of six”.

Mr Johnson has so far resisted announcing any such plans for England, and The Daily Telegraph reports that government sources view the real-world Omicron data as proof that none are needed.