COVID-19: Impact of lockdown on children’s development will ‘last for years and years’ 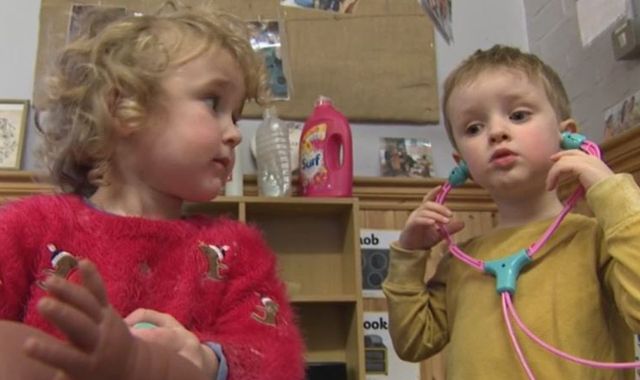 The impact of lockdowns on young children “will last for years”, according to experts, who are warning that delays in communication and social skills will affect learning in the future.

Social and emotional development, interaction with their peers, behaviour, self-regulation, and anxiety have all been highlighted as areas of concern by Sara Bonetti, head of early years development at the Education Policy Institute.

“Being less able to pay attention” is another issue, she says, with language and communication delays also now more common among preschool children.

“It’s not just the amount of words, it’s also letter recognition, so all the precursors to literacy,” she said.

“Being with your parents is not the same as being with your peers – and a lot of them have missed out on peer interaction and just being out in the world.

“Above all, for the most disadvantaged children, we know the gap is increasing.”

Ms Bonetti believes a long-term strategy will be needed to help young children catch up.

“We will see consequences in one form or another that will last for years and will impact on their trajectory, also on learning in the future,” she has warned.

Her concerns are echoed by the National Day Nurseries Association.

Their CEO, Purnima Tanuku, says nursery staff across the country have noticed “children’s behaviour and also their social and emotional development have really been impacted during the pandemic”.

“Staff have had to spend a lot more time on a one to one basis, getting them so settle,” she says.

“Parents had to cope with not only working from home, but also education school age children at home – plus looking after very young children, so it’s been really difficult.”

At Little Pioneers nursery in Birmingham, manager Hollie Barnacle and her team are working to prepare preschool school for starting reception in September.

“Obviously being in lockdown for so many months that’s definitely had an impact,” she says.

“When they do come to us, we’ve had to put a lot of things into place to support children interact with their peers.

“We really try and boost their communication and language skills through lots of story-telling and singing songs and rhyming works, introducing more complex language to the children.”

But already schools are seeing signs of delayed development in reception-age children.

She says demand for speech and language therapy has soared, with the impact of COVID lockdowns ripe for causing delays in speech development.

In the schools she works in, she says 80% of children starting reception do not have age-appropriate language skills. Before COVID, she estimates it would have been around 40%.

“In reception in the schools where I’m working, it is most of the children,” she says. “It wasn’t like that pre-pandemic.”