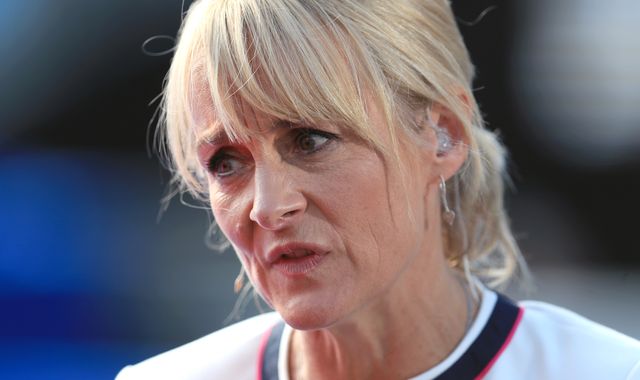 TV presenter Louise Minchin has said she hopes the jailing of a former soldier who stalked her and her teenage daughter “sends a clear message” to people who threaten others online.

Carl Davies, 44, has been sentenced to two years and eight months behind bars after posting multiple “intimidating” messages to Ms Minchin and daughter Mia’s social media accounts over four days between 14 and 17 July last year.

In a statement following the proceedings, Ms Minchin said: “The sentencing today of a man who made horrific threats online against my daughter and I, marks the end of what has been a very distressing time for both of us.

“I would like to thank North Wales Police and The Crown Prosecution Service for their hard work and for successfully investigating and prosecuting the case.

“I hope it sends a clear message that people who make violent threats on social media can be found, can be prosecuted and can expect a prison sentence.”

Mold Crown Court heard how in one message to Louise Minchin, he wrote: “Move or you’re f****d.

Meanwhile, in another he said: “Your daughter will definitely be raped”, followed by their home address, the village they lived in, and the cars that were in their driveway at the time.

Commenting on one of Ms Minchin’s photos, he said: “You can see your garden from there”, showing he was aware of were they lived, the court heard.

The I’m A Celebrity 2021 contestant – who left BBC Breakfast in September after 20 years – and her daughter said the stalking had a “horrific, devastating, and lasting impact”.

They were still “traumatised” by the “harrowing” experience and suffered from a “sense of deep distress” more than a year on, the judge was told.

Prosecutor Brian Treadwell said: “The family do not feel safe and perhaps never will.”

She said: “Clearly they would have been terrified by that, especially because it’s clear you knew where they lived and knew the details of cars that were on their drive.

“As a result they are both now hyper-vigilant, they still have a sense of deep distress one year on and the family still don’t feel safe.”

Davies, of Flint, North Wales, had previously been convicted in 2017 of stalking another woman and for biting his father on the arm in 2019, the court heard.

He was due to face trial at Caernarfon Crown Court on Tuesday for two counts of stalking the presenter and her daughter but changed his pleas to guilty before a jury was sworn in.

Duncan Bould, mitigating for Davies, said he sustained PTSD while serving with the armed forces in Iraq.

He said Davies, who attended court with his father, had never received treatment for the condition – being partly diagnosed in 2017 but only having his condition fully recognised during a psychiatric examination to assist with the sentencing.

Judge Saffman added she had taken Davies’ PTSD into account in sentencing and told probation officers he should be offered treatment options upon his release.