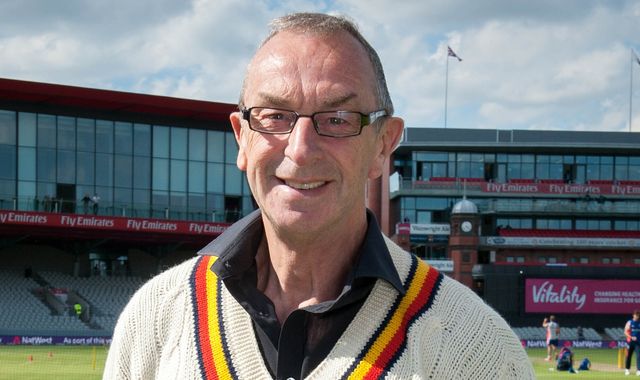 David ‘Bumble’ Lloyd has announced his retirement from Sky Sports after 22 years with the company.

Former England player and coach Lloyd, 74, became a mainstay of Sky Sports’ cricket coverage after joining the team in 1999, commentating on iconic moments such as Stuart Broad’s 8-15 in the 2015 Ashes Test at Trent Bridge as England bowled Australia out for 60 on the first morning.

Bumble was the voice of T20 cricket on Sky following the format’s introduction in 2003 and also on commentary, alongside Ian Bishop, when Carlos Brathwaite’s four sixes in a row off Ben Stokes took West Indies to a stunning last-over victory against England in the 2016 T20 World Cup final.

Rafiq, speaking to the DCMS committee, accused Lloyd of attempting to smear him and suppress allegations of racism against his former employers Yorkshire County Cricket Club.

Commenting on his retirement, Bumble said: “After 22 wonderful years with Sky Cricket, I’ve decided the time is now right to pass on the microphone.

“It’s been an immense privilege to try and bring the sport I love into people’s homes up and down the country.

“There are so many wonderful memories, so many terrific games and incredible performances. I’ve been lucky to travel the world sharing Ashes highs and lows, World Cup wins and losses, heroics and heartaches with you all.

“Sharing a commentary box in Australia in 2013 with my broadcasting hero Bill Lawry was a real highlight. It has been a great pleasure to work alongside Ian Bishop, Ravi Shastri, Shane Warne, Shaun Pollock and Ian Smith amongst many others.

“With the passing of Bob Willis and after the decision to move on by my good friends David Gower, Ian Botham and more recently Michael Holding, the commentary box feels a little emptier. And so I feel it is time for me to do the same and move on to the next chapter.

“I leave the Sky box in immensely capable hands led by my pals Michael Atherton, Nasser Hussain, Ian Ward and Rob Key. To those that follow, cherish that mic. Inform and entertain so the next generation can fall in love with this wonderful game.

“I’m done now with Sweet Caroline but in the words of Elton John, “I’m still standing!” Much love, Bumble.”

Lloyd played nine Tests and eight one-day internationals for England between 1973 and 1980, hitting 100 in each format, including an unbeaten 214 in just his second Test, against India at Edgbaston in July 1974.

Bumble played all of his domestic cricket for his native Lancashire and went on to coach the Red Rose county in 1993 before taking over as England head coach in 1996.

Lloyd led England until 1999 and then joined Sky Sports, where his humour and knowledge engaged viewers for over two decades.

A Sky Sports Cricket statement read: “David ‘Bumble’ Lloyd has been a star of the Sky cricket commentary box for over two decades, with an extraordinary ability to inform and entertain in equal measure.

“A year later he was on lead commentary during an incredible T20 World Cup finale but handed the microphone over to Ian Bishop when it became obvious the West Indies were going to win.

“He is much loved and respected by his fellow commentators and production team who cherish the time spent working with him. Thank you Bumble for your service.”