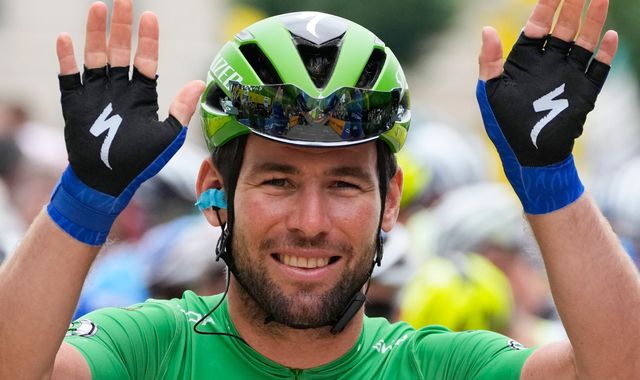 A man has been charged with robbing Mark Cavendish following a break-in at the Olympic cyclist’s home.

Tour de France cyclist Cavendish said his family were “extremely distressed” after the incident in Ongar, Essex, on 27 November.

It happened shortly after Cavendish had been discharged from the hospital having been in intensive care with significant cycling injuries.

He had suffered a collapsed lung and two broken ribs in a crash during a track event in Belgium.

He has been charged with two counts of robbery.

Two men aged 27 – one from Gillingham and one from Camberwell – were also arrested last week.

They have been released on bail until 12 January.

Essex Police said officers are continuing to appeal for information about the incident.