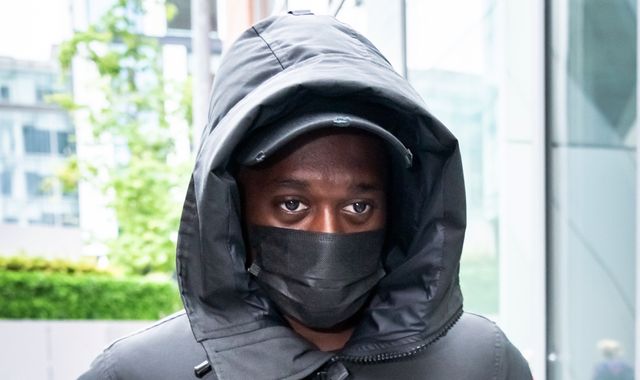 Manchester United player Aaron Wan-Bissaka has been banned from driving for six months and fined more than £30,000 for driving while disqualified.

The defender, 24, admitted driving while disqualified and without insurance having been stopped by police in Manchester in June this year.

He also pleaded guilty to failing to provide his details for two speeding offences in Bradford, West Yorkshire, in September last year.

Wan-Bissaka’s lawyers said he was in a “state of complete ignorance” about the offences he committed in 2020, as the letters detailing the offences were sent to his previous home in Croydon.

The footballer moved from Croydon-based Crystal Palace to Manchester United in 2019.

His legal team stated that issues like changing his postal address were handled by his agent. He was sent “six or seven” letters by the court, but matters may have been complicated by the fact his old address was undergoing building work, the court heard.

He already had six points on his licence due to a conviction in London in April 2020.

Because Wan-Bissaka did not reply to the summonses, Leeds Magistrates’ Court banned him from driving for six months on 18 June this year.

Shaun Draycott, Wan-Bissaka’s lawyer, told Manchester Magistrates’ Court: “When he was stopped on the A34 he was courteous and respectful to the officers, and he indicated to them he had no idea he was disqualified.”

Mr Draycott accepted the player had not changed his address on his driving licence after moving to Manchester.

District Judge Bernard Begley accepted the 24-year-old was not aware of the offences leading to his ban.

“Whether it was wise for you in the circumstances to delegate the tasks in relation to moving from the London address to Manchester is a matter you will have to reflect upon,” he said.

Wan-Bissaka, who lives in Hale, Greater Manchester, was fined £30,000 and banned for six months for driving while disqualified.

He was also fined £1,500 for failing to give information on the speeding matters.

There was no separate penalty for the insurance offence.