Levelling Up: Has COVID-19 changed the maths of where funding should go? 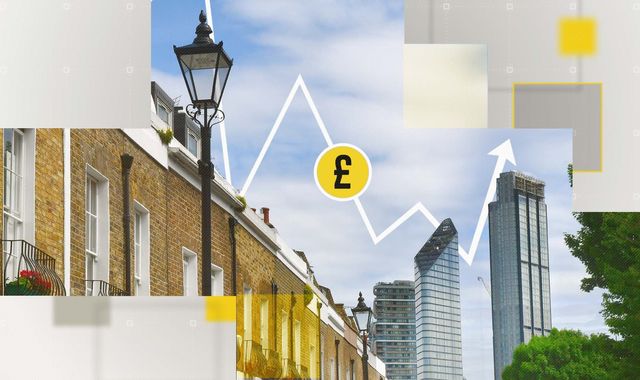 In the second article in our series about levelling up we explain how the pandemic has materially affected which parts of the UK are in greatest need of financial support.

Many urban areas have been badly affected by the economic hit from COVID-19, but not received money from the government’s new Levelling Up Fund, according to new research from TracktheEconomy based at the University of Nottingham.

Islington in north London is one such place. Its economy was impacted by the pandemic and it also has pockets of severe long-term deprivation. Despite that, it is in the lowest priority category for investment.

Ringcross Community Centre supports people living in the most deprived parts of Islington. More than 10,000 people come through its doors every week to access its foodbank, support services and social groups, but it has struggled with funding in recent years.

Savas Pannas, who runs the centre, says that it would benefit from receiving levelling up money from the government.

“We’ve got the extreme deprivation at the south end of the borough, wealth in the middle and poverty again to the east and the west,” he says. “In amongst all these multimillion pound properties are a lot of people struggling.”

So, why has Islington lost out?

Largely, it is because the first round of levelling up funding was allocated using pre-pandemic data.

This means that the money has mostly gone to the places with the highest long-term deprivation without consideration for the recent economic blow dealt by COVID-19.

John Gathergood, professor at the University of Nottingham and one of the academics behind the research, says that the pandemic has “substantially changed the picture” for levelling up.

“In some areas, the pandemic has made existing inequalities worse but in other areas it’s actually created new inequalities,” he says. “Those areas most in need are those that have seen a lack of mobility during the pandemic.

“Some of the inner-city areas of large cities were doing quite well pre-pandemic because workers would have jobs in the centre and commute in ever-increasing numbers… [but] people just aren’t going where they were before and that’s translating into a lack of spending, into businesses closing and fewer business opening.”

How has COVID-19 changed the narrative around levelling up?

The levelling up funding is designed to tackle long-term deprivation and decline in the UK. Now, the prolonged economic fallout from COVID-19 has complicated the picture.

Professor Gathergood says that failing to use more recent data that reflects this could have stark implications for the levelling up agenda.

“Historically, we tend to talk about the big regions – the North and the South – but the effects of the pandemic have really meant that across many cities in the UK, it’s now much more about city centre versus the suburbs,” he says.

“The level of need is very high, so if money isn’t going into the right areas it means that there won’t be levelling up in the right way across the UK. It has a long-term impact on communities as they struggle to recover.”

A spokesperson from the Department for Levelling Up, Housing and Communities said: “The Levelling Up Fund provides £4.8bn investment in infrastructure and regeneration projects that will help level up every corner of the UK, spreading opportunity, empowering local leaders, improving public services, and restoring local pride.

“Separately, we have allocated over £12bn directly to councils for specific COVID-19 support during the pandemic and are building on this through a further £1.6bn in grant funding in each of the next three years.”

In case you missed the first article in this series, we looked at where levelling up money is going and how effective it will be. Tomorrow, we will look at if enough is being done to undo the damage from austerity.

Analysis was based on the COVID-19 economic impact index from the TrackTheEconomy Institute at the University of Nottingham.

Analysis only includes local authorities in England. Isles of Scilly, South Bucks, City of London, Chiltern, Wycombe, Aylesbury Vale were omitted due to a lack of data.