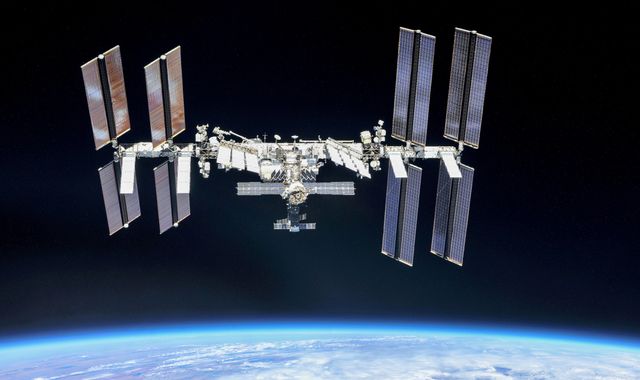 Human muscle cells will be launched into space in an experiment that could help people live longer, healthier lives.

The study, called MicroAge, will be launched on a SpaceX Falcon 9 rocket from the Kennedy Space Centre in Florida to the International Space Station on Tuesday.

Space will be used to understand what happens to human muscles as people age and why.

Human muscle cells, the size of a grain of rice, were grown in labs and put into small 3D-printed holders which are the size of a pencil sharpener.

Once in space, they will be electrically stimulated to induce contraction in tissue.

Spending time without the effects of gravity can cause astronauts’ muscles to become weaker, just like they do in older age, before recovering when they return to Earth.

Researchers from the University of Liverpool will analyse the samples when they return to Earth in January 2022, comparing them to findings from experiments on Earth.

They hope this will solve the puzzle of why muscles get weaker with age and look at ways of preventing the process.

Speaking to Sky News, Professor Malcolm Jackson, from the University of Liverpool, said: “We have known for a long time that astronauts in space can lose muscle rapidly.

“People have speculated whether that is an accelerated ageing phenomenon.

Human muscles lose mass and strength as people age and this can affect a person’s ability to carry out everyday tasks, causing a range of problems, including an increased risk of falling and longer recovery time from injuries.

The hardware for the experiment was designed and built by Oxfordshire-based Kayser Space, which needed to ensure the cells survive potential changes in temperature, vibration and G-force during launch.

As part of the mission, the 24 muscle cell containers will carry mission patches designed by children, following a competition run by the University of Liverpool.

The UK Space Agency has provided £1.2m in funding to the University of Liverpool for the experiment.