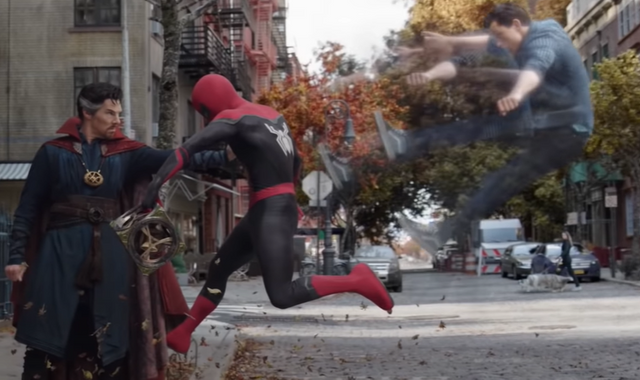 Spider-Man: No Way Home has had the third-biggest opening weekend of any Hollywood film in history.

The much-hyped third solo outing for Tom Holland’s version of the Marvel icon took a huge $587.2m (£443.5m) at the global box office during its opening weekend.

Only Avengers duo Endgame and Infinity War are ahead of it (both of which Holland also starred in) – and those superheroes didn’t have coronavirus to contend with.

This article is safe from spoilers!

No Way Home’s early box office success has exceeded that of even the most optimistic predictions, and gives a much-needed boost to the cinema industry.

No Time To Die remains the highest grossing Hollywood film of 2021, followed by F9, but Spider-Man is almost guaranteed to pass both given its fast start.

Commenting on the results, the head of Sony Pictures, Tom Rothman, said: "This weekend’s historic Spider-Man: No Way Home results, from all over the world and in the face of many challenges, reaffirm the unmatched cultural impact that exclusive theatrical films can have."

Sony shares the rights to Spider-Man with Marvel Studios (which is owned by Disney), and while Holland appears in Disney’s Marvel Cinematic Universe (MCU), Sony produces the standalone films.

Holland wrote on Instagram: "Wow guys I can’t believe these numbers. You made this possible.

The marketing was dominated by responding to fan rumours and theories, which no doubt contributed to the speed with which people went to go see the film in an effort to avoid spoilers.

Ahead of the film’s release, Holland told Sky News that he knew the fans were excited about his latest outing.

"People have been very excited for our previous movies, but nothing like this," he said.

"You know, this is this is kind of like Endgame level excitement.

"I think we’ve done an amazing job and I think fans are going to be really pleased and feel fulfilled when they see this film – but that doesn’t mean that it’s any less stressful because, you know, the expectations are very high."

No Way Home sees Peter Parker (Holland) having to deal with the fallout from being outed as the web-slinging Spider-Man by Mysterio in the previous film, which engulfs not just him, but his Aunt May (Marisa Tomei), girlfriend MJ (Zendaya) and best friend (Jacob Batalon).

Benedict Cumberbatch returns as fellow Avenger Doctor Strange, who attempts to help the world forget Parker was ever a superhero – but ends up opening the multi-verse.

Spider-Man: No Way Home is in cinemas now.