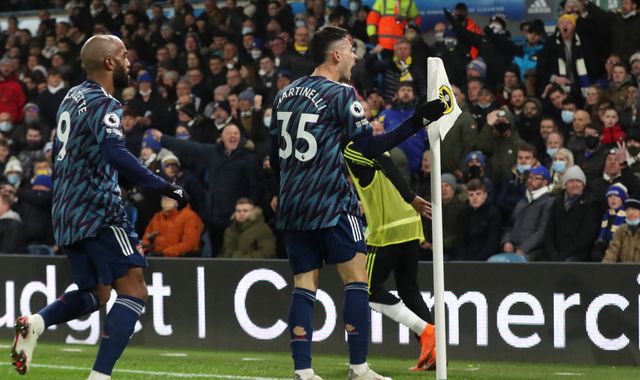 A person has been arrested after a Leeds fan allegedly racially abused an Arsenal player during Saturday’s game at Elland Road.

The Arsenal subs’ bench called over the fourth official after the incident in the 33rd minute.

Gunners’ Manager Mikel Arteta said it was a “single person” and that it was reported to the stadium manager.

“Very disappointed because we have done so much in football to try to avoid it, but it is a single person. I don’t think that merits that a full stadium pays the price,” he said.

“It was a single incident and it has to be reported. It was reported, and now the authorities will have to work with the clubs to understand what happened.”

The home side said in a statement: “Leeds United can confirm that an investigation into claims of racism during the first half of our game with Arsenal today are underway and that one arrest has been made in connection to the allegation.

“Racism will not be tolerated at Leeds United and any supporter found to be using racist language will be subject to a lifetime ban for all Leeds United games.”

It was the only game played in the Premier League on Saturday after others were cancelled due to high numbers of COVID cases among players and staff.