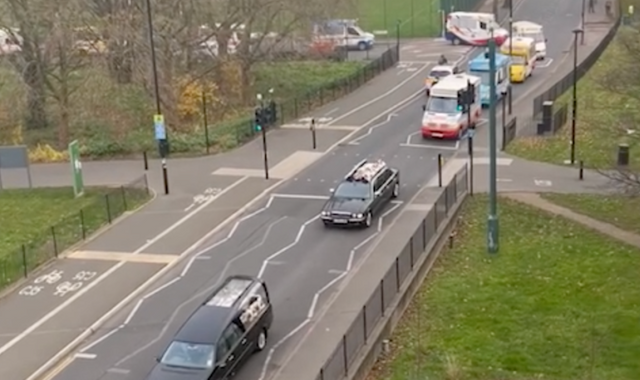 A grieving brother has paid tribute to the “king of the ice cream” after a touching video of his funeral procession, which included 10 ice cream vans playing their jingles, went viral on social media.

The procession was seen weaving its way through Greenwich and Lewisham in southeast London on Friday as friends and family turned out to pay their respects to Hassan Dervish.

The 62-year-old’s brother Savash Turkel told Sky News that his sibling had worked as an ice cream man in southeast London for nearly 40 years and was loved by his customers.

Mr Turkel, 57, said: “It was a passion for him. He had always worked as an ice cream man, and he went on to set up an ice cream factory in Lewisham in the early 2000s.

“He was very popular among customers and other ice cream men, if it wasn’t for the pandemic I think lots more ice cream men would have been part of the procession.

“He was a well-loved family man, a good father, and he was loved by everybody he met.”

He had written in a Facebook post after Mr Dervish’s death: “Rest in eternal peace my brother. King of the ice cream.”

He added that his brother had died from cancer.

Twitter user Louisa Davies filmed the procession and posted a video of it on social media on Friday. She wrote: “Just witnessed an ice cream man’s funeral and all the ice cream vans came and followed in solidarity. I AM SOBBING.”

Twitter user Chloe Buder replied: “My dads (sic) an ice cream man and this is a tradition within the ice cream community! So lovely.”