Is Boris Johnson in trouble at the next election? Voters in key marginals like this one will decide 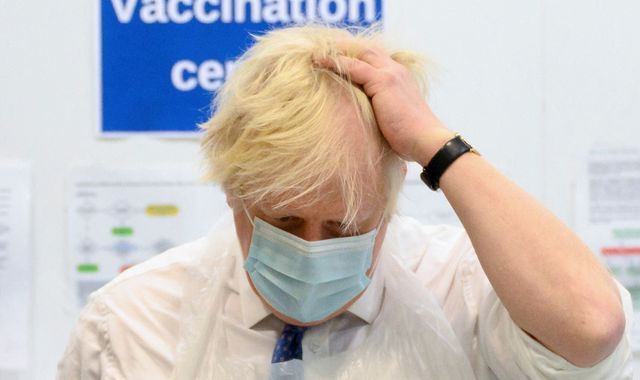 On a grey Saturday morning in Wolverhampton, friends Pat Baker and Iris Bramhill enjoy a coffee together in the warmth of Alice’s Tea Room in the city centre.

Pat, who’s in her 80s, has always voted Conservative. Iris voted for the Liberal Democrats at the last election.

Their constituency, Wolverhampton South West, is a key marginal that was won by the Conservatives in 2019. It’s the kind of seat that is won or lost by small margins, so it matters what people here think about how the prime minister is doing.

“I feel sorry for him,” says Pat. “Whatever he does is wrong. He can’t do right for doing wrong. The only thing I don’t agree is this party thing, these Christmas parties.”

The alleged Christmas party at Downing Street last year seems to have cut through as an issue here.

It’s the views of floating voters like Bali Singh that matter most to politicians. In 2019, he voted Conservative, but he doesn’t know which way he’ll go next time around.

Asked if he still supports Boris Johnson, he pauses. “I support him in some things but not in other things,” he says. “He’s obviously losing his leadership skills in some areas, such as the recent events.”

The questions over whether a party did take place during lockdown last Christmas came up on the doorstep as activists tried to drum up support ahead of the by-election in North Shropshire.

Simon Bennett and Ellis Turrell are both Conservative councillors in Wolverhampton who travelled to Shropshire to campaign ahead of that election defeat.

“There’s been a transition in terms of people’s views of Boris in the last two and a half years,” says Mr Bennett.

“I think a lot of people want to see more transparency from the leadership.”

“I was pleased to see that on Thursday he accepted responsibility for the result,” says Mr Turrell, adding: “People were angry. I think they were angry about certainly a perception that rules were not being followed.”

Mr Bennett agrees: “It wasn’t necessarily a specific issue of whether there was a party or not, it was more broadly around transparency and making sure that when the leader speaks he’s speaking truthfully.”

But both men say they believe Boris Johnson is still the right man for the job.

“I think there’s always a lot of people who are very quick to write him off,” says Mr Turrell, adding: “Judge Boris on his record.”

“We’ve got another couple of years until the next general election would happen,” Mr Bennett added.

“I think he’ll be leading us into that election.”