Why Boris Johnson should be worried by disastrous by-election defeat 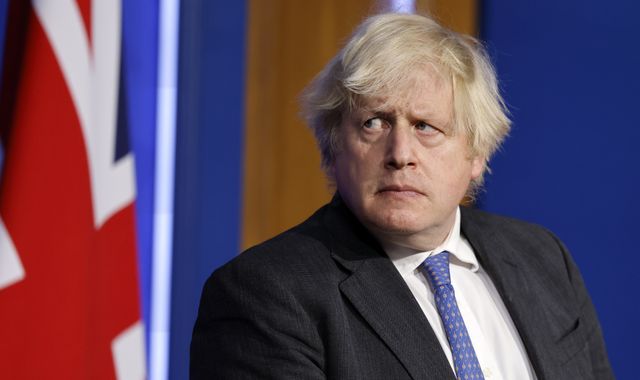 In the early stages of the North Shropshire by-election count, senior Liberal Democrats were worried that a better than expected showing by Labour would rob them of a famous victory.

But they needn’t have worried. Six hours later, after the result was declared at 4.20am, the victorious Helen Morgan was thanking Labour supporters for lending her their votes.

It was a stunning and sensational victory. The Lib Dems didn’t just squeeze past the Tories in North Shropshire. They trounced them.

Ms Morgan’s vote of nearly 18,000 not only gave her a majority over the Conservatives of nearly 6,000, but she achieved a 34% swing in the process.

That’s the second biggest Conservative to Liberal or Lib Dem swing since 1945, after Christchurch in 1993, a year when John Major’s government was hit by sleaze scandals.

And while she may have sounded a little nervous as she gave her victory speech – no doubt stunned by the size of her victory – her words were powerful.

She talked about Boris Johnson‘s government “run on lies and bluster” and how Conservative voters were dismayed by his lack of decency.

Clearly the Lib Dems played the sleaze card during the campaign and it worked. Ms Morgan talked also in her speech about the “questionable donations” to refurbish the PM’s Downing Street flat and parties in Number 10 during lockdown.

It’s these attacks that will alarm Conservative MPs and turn up the heat on Boris Johnson at the end of a week when 100 of his backbenchers rebelled against his Plan B COVID curbs.

He should be worried. In that rebellion all six members of the executive of the 1922 Committee voted against the government and 26 of the 2019 intake also defied the Prime Minister.

So the mutiny crosses the generations: grandees – the “men in grey suits”, to use the old political cliche – and new MPs, including several “Red Wallers” who won seats which had been Labour for generations.

After this by-election, the number of Conservative MPs who fear Mr Johnson is no longer a vote winner but a liability will grow to a dangerous level.

The PM will be blamed personally for this defeat and there will be fury among not just MPs but also party activists, with key local government elections due in May.

After Tuesday’s Commons rebellion some backbench malcontents were already speculating about a leadership challenge. Now there will be more plotting against the PM.

We can expect to see Liz Truss, the darling of the Tory activists, step up her self-promotion campaign, which has seen her pose like Margaret Thatcher in a tank, and the Queen in front of a Union flag.

And Rishi Sunak – despite doing himself no favours by enjoying California’s winter sunshine while businesses hit by the latest COVID advice were pleading for financial help – is also wooing Tory MPs in a not very subtle way.

Here at the count, after their initial nervousness, the Liberal Democrats were so confident of winning that an understandably extremely cheerful Christine Jardine MP claimed victory live on Sky News more than two hours before the declaration.

For the Tories, a gloomy Edward Timpson, who won a notable by-election victory in Crewe and Nantwich when David Cameron was opposition leader, talked about the Tories needing to regroup.

You can say that again, Edward. The trouble is many Conservative MPs are likely to say they no longer want Boris Johnson leading their group.

As for Labour, second in 2019 but nowhere in third this time, there’s a lesson here about what tactical voting can achieve.

But having lent their votes to Lesley Morgan this time, Labour will want them back at the next general election, which will probably mean this seat goes back to the Tories.

But let’s not be churlish in Ms Morgan’s moment of victory. It was a brilliant night for the Liberal Democrats and a disaster for the Tories – and Boris Johnson personally