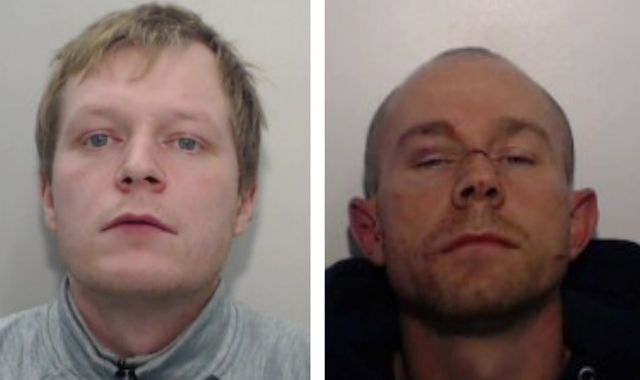 Two men who bought a £4m-winning scratchcard with someone else’s debit card details have been jailed for 18 months for fraud.

The pair pleaded guilty to three counts of fraud at Bolton Crown Court on Tuesday, where they had been due to stand trial.

Sentencing them, Recorder Sarah Johnson said: “You must have thought all of your Christmases had come at once. Despite knowing you had fraudulently acquired that prize money you tried to claim it.”

The court was told that the men travelled from Bolton to London on Easter Monday in 2019, where they planned to go begging.

Denise Fitzpatrick, prosecuting, said Watson and Goodram, both on licence at the time following prison sentences, had details of a debit card belonging to a man they didn’t know.

Goodram had the card number and expiry date written on his hand and keyed it into a chip and pin machine at a Londis store on Clapham High Street, where they bought £90 worth of shopping at 10.21am, Ms Fitzpatrick said.

They then went to the Waitrose store, where they bought £71 worth of shopping, including five scratch cards, using the same method.

One of the cards had a prize of £10, which they claimed at the Londis store, while the other had the jackpot prize.

Watson phoned the National Lottery line at 10.50am and told the operator that his friend had won the jackpot.

Goodram came onto the line and said he would be sharing the prize with his friend, before being told the payment would be made by bank transfer, she said.

Ms Fitzpatrick said: “Mark Goodram explained he did not have a bank account. The purchase of the winning scratch card had been made by debit card from a bank account, however, which immediately raised suspicions.”

The court heard the pair spoke to the media when the prize was not immediately paid out to them.

Recorder Johnston said: “You had the audacity to plead your sense of injustice in the national newspapers subsequent to the fraud being uncovered.”

She said their crime had deprived the next law-abiding customer to buy a scratch card in the Waitrose store of “a life-changing sum of money”.

The court heard Goodram, of no fixed abode, had 24 previous convictions for 48 offences.

He was sentenced to a further month for a Bail Act offence after failing to attend court in November.

Watson, of Nuttall Avenue, Little Lever, had 74 convictions for 143 previous offences and was jailed earlier this month for assault occasioning bodily harm and theft from a shop, the court heard.

Nicholas Ross, defending, said Watson understood his wrongdoing and, as a result of the case, found himself “shamed and ridiculed” by members of the public.