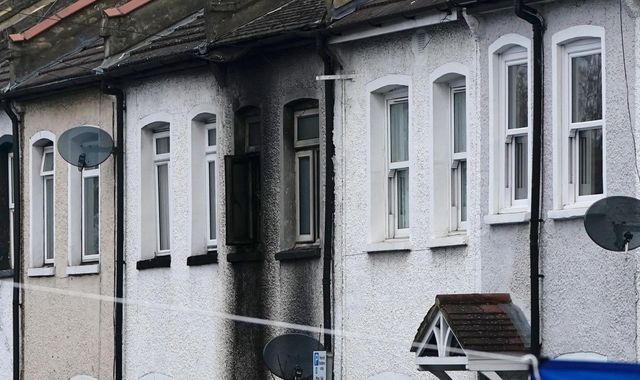 Four children – two sets of twin boys aged three and four – have died in a house fire in south London.

All four were believed to be related to each other.

He said at the scene: “I can confirm that they are two sets of twins, ages four and ages three.”

Asked if anyone else was in the home, he said: “On arrival there were four children in the house.”

Mr Mills added: “It’s a very traumatic event. They (firefighters) attended a very well-developed fire; they got there in under three minutes. Second two machines within seven minutes.

“Entering a building and rescuing life is always a very difficult place to be. The age of the children, the fact they are so young will have a profound impact on them.”

LFB said eight fire engines and around 60 firefighters were sent to Collingwood Road.

The four young children were taken out of the house and given CPR by firefighters at the scene before being taken to two south London hospitals where they died.

The fire was under control by 8.36pm and the cause is under investigation.

Neighbour Ellie Oneal said she was “devastated” for the “poor children and their mum and dad and what they must be going through”.

Mr Roe said: “My thoughts are with the family and friends of the children, the whole local community and all those who will be affected by this fire.

“Fire crews arrived quickly and located the children inside the property. They were brought out of the house and given immediate emergency care.

“The welfare of our staff involved in this incident is very important to us and all of them will be offered counselling as a priority.”

Superintendent Rob Shepherd said: “The thoughts of everyone at the South Area Command Unit are with the family and friends of these four young children, who have suffered such a devastating and tragic loss tonight.

“I know these sentiments will be shared by the local community, Sutton and London as a whole.

“We remain on scene with our emergency service colleagues and will be working through the night and beyond. At this very early stage the cause of the fire is unknown and will be investigated.”