Reading fire: Man, 31, charged with murder and arson after blaze kills one person 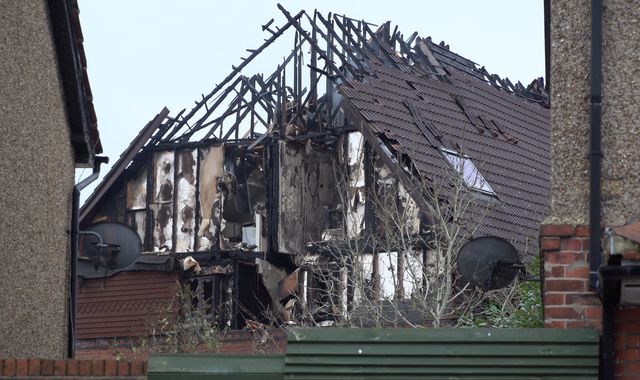 A man has been charged with murder and arson after a fire left one person dead in Reading.

Firefighters responded to the blaze at a building in Rowe Court, Grovelands Road, at about 3am on Wednesday.

Hakeem Kigundu, 31, formerly of Rowe Court, was charged with one count of murder and one count of arson with intent to endanger life, Thames Valley Police said on Friday evening.

He has been remanded in custody and will appear at Reading Magistrates’ Court on Saturday.

One person has been confirmed as dead following the blaze and two people are still missing.

Share
Facebook
Twitter
Pinterest
WhatsApp
Previous articleCOVID-19: What events have been cancelled this weekend due to rising coronavirus cases?
Next articleParty venues donate food to charities in silver lining of cancelled festive bookings amid surge in Omicron infections across UK