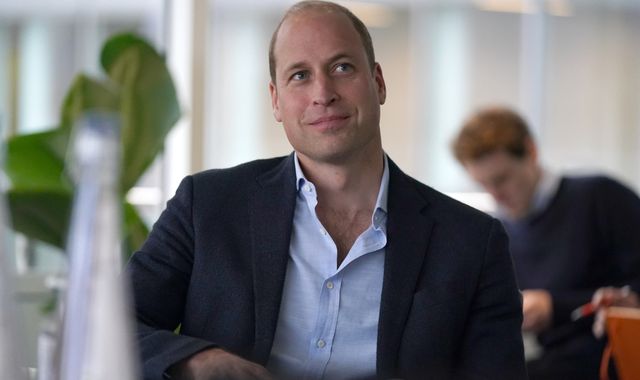 Prince William has revealed his favourite Christmas film and song during an interview with children being treated for cancer.

The Duke of Cambridge was asked about his top traditions by young patients at the Royal Marsden Hospital, of which he has been president since 2007.

His chat came as the Queen decided to cancel a traditional pre-Christmas lunch with members of the Royal Family amid fears over spiking coronavirus cases.

William, 39, told the hospital radio station: “Food is quite important to me at Christmas. I do tend to eat a lot at Christmas. There’s always a tiny little bit of space left in my stomach somewhere for a bit more turkey or sausage or, you know, a bit of wine.”

The future king said his favourite festive film is the comedy Elf, starring Will Ferrell.

He said: “It’s very funny and I keep watching it every Christmas, it still makes me laugh.”

One young patient wanted to know what William would do if he were in charge of Christmas for a day, to which he replied that he would “bring everyone together to have a big party”.

“There would definitely be no COVID and there certainly wouldn’t be any cancer in the world.”

Asked by Rupert if he liked Brussels sprouts, William said he “loved” the vegetables with his turkey, roast potatoes and sausages.

“I could say Mariah Carey… as well, it’s a good one, and obviously there are many others but I think I’ll probably go for Feliz Navidad – it’s a bit more jolly.”

He said all he wanted for Christmas was for Aston Villa to win their football match on Boxing Day.

The prince also told one curious child, who wanted to know if he had a Lamborghini: “I would love to have a Lamborghini – a big, bright yellow Lamborghini.

“But no, unfortunately, I don’t have a Lamborghini – I’m going to have to save up for one of those when I get older.”

He also told them he liked playing Monopoly and Risk with his children, and enjoyed ice-skating but looked like a “deer on ice”.

William paid tribute to those working at the hospital, and said: “I’ve always been amazed by the positivity, the energy and the hope and the love that goes with the Royal Marsden.”

He said staff would ensure the festive period would be “jolly” despite it being “a different Christmas for those in the hospital this year”.

Share
Facebook
Twitter
Pinterest
WhatsApp
Previous articleCOVID-19: Wolverhampton hospital braces for spike in patients – as woman who put jab on ‘back burner’ urges others to get vaccine
Next articleCOVID-19: Schools urged to ask ex-teachers to return to fill coronavirus absences