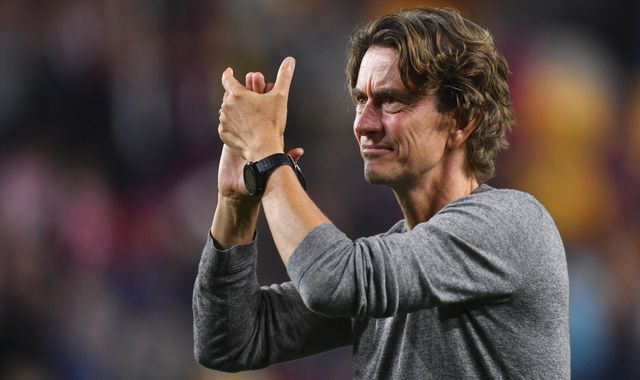 Brentford FC’s manager has called for all Premier League fixtures this weekend to be postponed amid the ongoing COVID crisis.

Thomas Frank said he wanted the games to be delayed as cases are “going through the roof”.

It comes after Frank was told during a press conference that four new positive cases had been found at Brentford, which meant the total at the club was now 13.

COVID news live: Professor Chris Whitty questioned by MPs on Omicron – as a million could be isolating on Christmas Day

Brentford’s game with Manchester United yesterday was postponed due to a COVID outbreak in the United camp.

The club is also scheduled to face Southampton this Saturday.

Share
Facebook
Twitter
Pinterest
WhatsApp
Previous articleSunak urged to ‘get on a plane’ to deliver fresh support for Omicron-hit businesses
Next articleCOVID-19: British tourists to be banned from France amid rise in Omicron cases