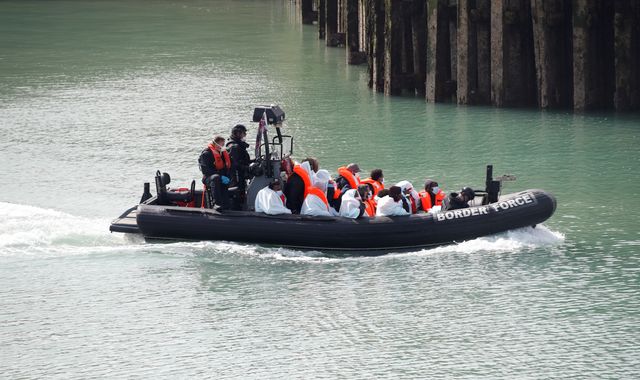 Migrants are still being held in “very poor” conditions after arriving on the Kent coast despite Home Office assurances of “significant improvements”, according to inspectors.

The findings, published on Thursday, highlighted several issues including inadequate support for women after reported rapes, lone children being held with unrelated adults and injuries going untreated and undetected.

On average around 2,000 people, including 700 lone children, were held for 26 hours at Kent Intake Unit (KIU) or Frontier House in the three months prior to October and November.

Visits to the migrant detention centres were made by volunteers asked to report on conditions on behalf of the Inspectorate of Prisons and the Dover and Heathrow Independent Monitoring Boards (IMB).

An inspection carried out in September 2020 found that the facilities were not fit for purpose, despite promises from the Home Office for “rapid action”.

Mr Taylor added it was “unclear” why further improvements have not been made.

The Home Office blamed difficulties co-ordinating key partners, but Mr Taylor dismissed this saying “this was not a sufficient explanation”.

“One year later, we still found people being held for even longer in conditions that were so inadequate,” he said.

Families with young children were among those spending more than 24 hours in tents whilst waiting to be processed in Tug Haven, Dover, the report found.

“Significant” safeguarding concerns were raised as unaccompanied children were “regularly held together” with unrelated adults in the same area.

“Inspectors were concerned by inadequate follow-up care for two women who said they had been raped and another who said she had been sold into domestic servitude,” the findings said.

Increasing number of injuries among migrants

Fuel burns, cuts and bruises were among the “increasing number of injuries among migrants”.

In one instance, a 16-year-old girl waited for two days in wet clothes at Tug Haven with burn injuries on her legs.

Her injuries were not detected until she reached the KIU. A medic reported that by this time the seams of her clothes had become embedded into the burns and would likely leave scars for life.

Problems were found at the Heathrow Immigration Removal Centre (IRC) as it “lacked either the infrastructure or staff” to support the arrivals.

On one night, four coaches of arrivals were left to sleep on the floor without proper sanitary arrangements.

This was described as “unacceptable and degrading but unavoidable” due to the lack of regard for the centre’s limited capability.