Reading fire: Up to five people unaccounted for after fatal blaze and it is ‘highly unlikely’ any more survivors will be found 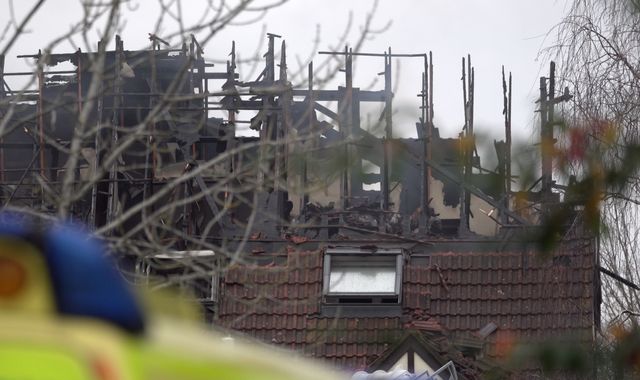 Up to five people remain unaccounted for after a fatal fire at a block of flats in Reading, Sky News understands.

It is ‘highly unlikely’ that any more survivors will be found, according to police.

Officers have arrested a man on suspicion of murder and arson after one person was killed in the fire.

Emergency services were called at 2.56am this morning following several reports about the blaze at flats in Rowe Court off Grovelands Road.

Thames Valley Police said in a statement: “We are working with our colleagues on a search and rescue operation and will exhaust all our efforts to find signs of life.

The force said three people have been taken to hospital and all have non-life-threatening injuries.

Another eight people were treated by the ambulance service at the scene.