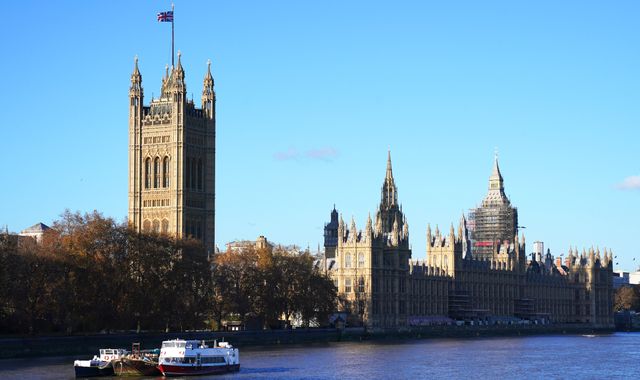 At the end of last month, Sir Keir Starmer completed a significant reshuffle of his shadow cabinet.

Ms Cooper previously served as shadow home secretary between 2011 and 2015, but from 2016 has been chair of the influential Commons Home Affairs Select Committee.

But following her elevation to the shadow cabinet, Ms Cooper has stepped down from the committee and a new chair must be elected. This election will happen today.

A total of 28 parliament committees have elected chairs and their allocation reflects the balance of parties in the Commons.

The big increase in the number of Conservative MPs following the 2019 election has meant the party now chairs 16 of the 28 committees in this parliament, up from 13 at the beginning of the last parliament.

Labour chair 10 committees – including the Home Affairs Committee – and so Ms Cooper’s replacement will come from the opposition benches.

The successful candidate will head the powerful cross-party committee responsible for scrutinising the work of the Home Office and Home Secretary Priti Patel, looking at policy and spending on areas including immigration, policing and violence against women and girls.

Nominations to stand as the committee’s next chair closed on Tuesday and three candidates will be on the ballot paper today as all MPs have the chance to vote for their preferred choice.

Voting closes at 1:30pm on Wednesday afternoon and the result will be announced in Commons later in the day by the Speaker Sir Lindsay Hoyle.

But who are the candidates?

The MP for Ealing Central and Acton was the first candidate to appear officially on Monday’s order paper after receiving 15 supporting signatures from other Labour MPs including Dame Margaret Hodge, Dawn Butler and Anna McMorrin.

A former shadow home office minister from 2016 to 2017, Ms Huq has campaigned extensively to ban protests outside abortion clinics after legal rows about an institution in her Ealing constituency.

She has also previously been vocal on the need for better security in Westminster and the topic of Islamophobia – and has written books on both drugs and riots.

Quote tweeting a post by fellow Labour MP Tulip Siddiq in 2017, which said “once again there are no BAME faces as select committee chairs – this really needs to change”, Ms Huq added: “Still sadly as true today as over five years ago when Tulip said this.

“I am hoping to change this state of affairs.”

The Labour MP for Bolton South East has been an MP for over a decade and previously spent time on the Home Affairs Committee.

Ms Qureshi is known for being particularly vocal on Islamophobia and the problems facing refugees – a topic which is likely to be forensically focused on by the committee in the coming months.

Announcing her intention to run as a candidate on Monday afternoon, Ms Qureshi posted on Twitter: “I have already spent time on the Home Affairs Committee, as well as also sitting on the Foreign Affairs, Justice, and HS2 Committees.

“Before politics, I practiced the law in a variety of roles; as a barrister, prosecutor, and for the United Nations in Kosovo in the early 2000s.

“Since entering parliament in 2010, I have led on the Primodos scandal, launching the campaign from scratch and ultimately gaining an independent review led by Baroness Cumberlege, and forming one of the largest APPGs in Parliament.

“I’ll be a firm but fair voice in what is a crucial role within the British political system.”

Alongside her colleagues Rushanara Ali and Shabana Mahmood, Ms Qureshi became one of Britain’s first female Muslim MPs on her election.

The Labour MP for Kingston upon Hull North has been an MP for over 15 years and is currently an existing and particularly active member of the Home Affairs Committee.

Dame Diana is most widely known for her campaigning work on the contaminated blood scandal and on abortion rights.

Announcing her intention to stand on social media, she said: “I will be putting my name forward to be the next chair of the Home Affairs Select Committee.

“I would like to pay tribute to the excellent work of the former chair Yvette Cooper in leading our committee so ably over the last few years.”

Dame Diana has recently held the home secretary to account on issues of small boat crossings in the English Channel in the Commons, saying she is “particularly worried about the lack of safe and legal routes for immigration”.

She has also been vocal on the issue of low-level sexual offending against women and how this behaviour can escalate, particularly in light of the case of Sarah Everard, who was brutally murdered.

Share
Facebook
Twitter
Pinterest
WhatsApp
Previous articleJethro: Comedian dies after contracting COVID-19 – family say their lives ‘will never be the same without him’
Next articleCOVID-19: What are the vaccine certificate rules MPs have voted for?