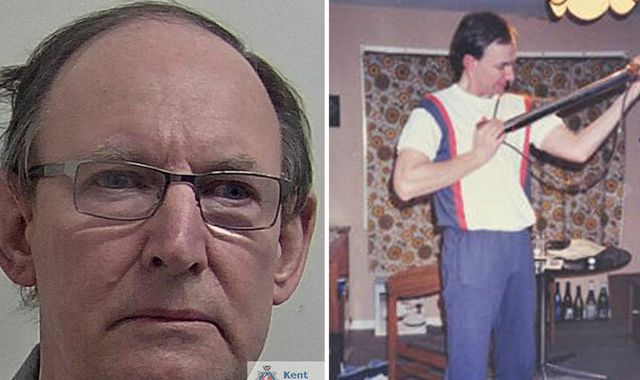 Families of the victims of double murderer David Fuller – who has been given a whole life sentence – have told a court how he has “taken everything” and “destroyed our souls”.

The 67-year-old electrician and maintenance engineer sexually abused the bodies of at least 102 women and girls aged between nine and 100, Maidstone Crown Court heard.

He beat and strangled Wendy Knell, 25, and Caroline Pierce, 20, to death before sexually assaulting them in two separate attacks in Tunbridge Wells, Kent, in 1987.

He was caught 33 years later after a DNA breakthrough and a search of his home revealed he had recorded himself abusing bodies in the mortuaries of hospitals over more than a decade.

Fuller admitted murdering both women and also pleaded guilty to 51 other offences, including 44 charges relating to 78 identified victims, including three children, in mortuaries between 2008 and November 2020.

Fuller was handed a whole life sentence for the murders with a concurrent 12-year term for his other crimes.

He filmed himself carrying out the attacks inside the now-closed Kent and Sussex Hospital and the Tunbridge Wells Hospital, in Pembury, where he had worked in electrical maintenance roles since 1989.

Some victims may never be identified

“It is estimated over the course of his offending he abused at least 102 women.”

He said they included a nine-year-old girl, two 16-year-olds and a woman aged 100.

Police know the names of 82 of the victims but a further 20 have not been identified and may never be, Mr Atkinson said.

‘It will haunt me forever’

Some, including the mother of the nine-year-old girl, attended court to face Fuller.

She said: “My pain – the guilt that I feel because I left her in that hospital, the one that’s meant to be a safe place.

“I have nothing, no way of closure, how will I make it up to her? How will I stand by her side now, and how will I nurse that little body that has been ruined and disrespected by that vile man?

“I am standing up for her now in front of him. It will haunt me forever.

“I will go home tonight, like every night, and see the abuse that man has done to my baby.

“That man has taken everything from me.”

The father of an 18-year-old victim said: “The only bit of comfort we held on to was how peaceful she looked when we said our goodbyes.

“This was destroyed when we got a knock on the door by the police to say she had been violated by a man my wife had grown up in fear of.

“Fuller has taken our little girl’s innocence and destroyed our souls. I am consumed with anger.”

The widower of another woman told him: “David, when you are serving your time behind bars, think carefully about what you have done and thank your lucky stars that I’m not sharing a cell with you.”

Fuller was arrested on 3 December last year for what have been dubbed the “Bedsit Murders” following new analysis of decades-old DNA evidence, which linked him to the killings.

Sentencing, the judge Mrs Justice Cheema-Grubb told Fuller he “became a vulture, picking your victims from among the dead within the hidden world of hospital mortuaries”.

She added: “The depravity of what you did reveals your conscience is seared. You will spend every day of the rest of your life in prison.”

‘It’s a disgrace and I’m more than disappointed’

Nevres Kemal, the mother of mortuary victim Azra Kemal, called for an independent public inquiry and for a law change to allow for tougher sentences.

Outside court, she said: “This is not fair and just. It’s not acceptable. She was worth more than that.

“People that sell drugs or have class A drugs on them have a larger sentence. It’s a disgrace and I’m more than disappointed.

“But our lady justice is a superstar. She delivered what she could, but the law has to change.”

Health Secretary Sajid Javid said the government is “taking action to ensure nothing like this ever happens again”.

He said: “This is a profoundly distressing case. While nothing can undo the damage that has been done, David Fuller has today been brought to justice for his unspeakable crimes.

“I would like to reiterate my apologies to the friends and families of all the victims for what took place.”

‘Thoughts are with family and friends’

In a statement on Twitter, Prime Minister Boris Johnson said: “Nothing can undo the pain caused by David Fuller’s unimaginable crimes, but I hope some comfort can be taken from the fact he will spend the rest of his life behind bars.

“My thoughts are with the family and friends of his victims, who have shown incredible bravery in court today.”

Share
Facebook
Twitter
Pinterest
WhatsApp
Previous articleCOVID records ‘will be broken a lot over the next few weeks’, warns Whitty
Next articleReading fire: Up to five people unaccounted for after fatal blaze and it is ‘highly unlikely’ any more survivors will be found