Star Hobson: ‘We don’t want another Baby P on our hands’ – how friends and family tried to save 16-month-old toddler 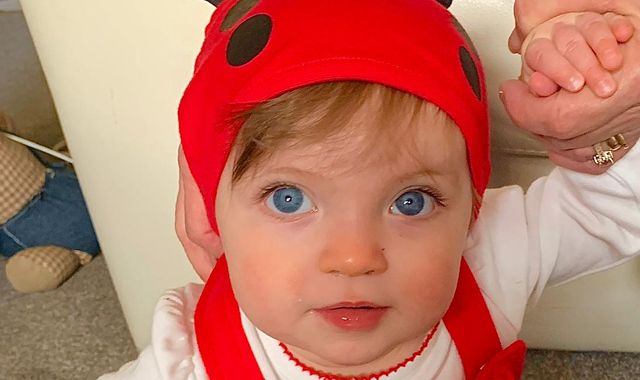 Loved ones of Star Hobson – who died at the hands of her mother and her partner – pleaded with social services for help in the months before her death, with one relative even telling them: “We don’t want another Baby P.”

Star Hobson was just 16 months old when she died of “catastrophic injuries” inflicted on her at her West Yorkshire home.

Following a lengthy trial, Star’s mother Frankie Smith, 20, and her partner, Savannah Brockhill, 28, were convicted over her death.

With five referrals made to social services in eight months, Star’s family and friends have spoken to Sky News about their attempts to save the toddler.

‘That day will scar me for the rest of my life’

Smith’s friend Hollie Jones made the first referral to social services in January 2020 after growing concerned with Smith’s attitude towards the care of her daughter.

The case was dropped on 27 February.

She told Sky News: “She was a really good baby. She never really cried.”

Ms Jones last saw Star at the end of August, several weeks before her death.

“She was different,” she said. “I’ve never seen a baby like that before. It was heartbreaking the last time I saw her. It was horrible.

“She was very clingy but not a good clingy. She wouldn’t let go of me. I’ve never seen a depressed baby, but that is what it was like. That day I saw her will scar me for the rest of her life.”

‘We don’t want another Baby P’

Weeks after Ms Jones raised her concerns with social services in January, Star went to live with her great-grandmother Anita Smith and her partner David Fawcett for 10 weeks.

Mr Fawcett said at the time, “Frankie was struggling to cope”.

The couple had last seen Star at Christmas, but said when they picked her up, she “didn’t look like the same baby”.

“Anita got her cleaned up, put her in the bath, and within two days we just noticed the difference, she perked up.”

More than two months later, Smith came back “out of the blue” and took Star to live with her and Brockhill.

The couple put a second referral into social services on 5 May, after Star had returned to live with her mother. But the women dismissed the complaint as “malicious”.

Mr Fawcett said: “It was Anita that told me at the time because I was shocked, because she said to the lady, ‘Look, we are concerned. We don’t want to have another Baby P on our hands.’

“She said, ‘think about it, what’s happened in the past, and you are not responding to what we’ve said.'”

Peter – known as Baby P during the trial over his death – died in 2007 after sustaining more than 50 injuries, including fractured ribs and a broken back, at his home in north London.

A series of reviews have identified missed opportunities when officials could have saved him if they had acted properly on the warning signs.

‘She comes back covered in bruises’

But he said they received no further contact from social services.

Around that time, they had begun hearing from family members that Star was being mistreated; being “slam choked” and held upside down by Brockhill.

However, he said Savannah Brockhill threatened to report him to the police.

“I said how come every time you have got Star, she comes back covered in bruises,” he told Sky News.

“She said, all kids get bruises. I said, yeah, but she didn’t have any bruises when she was with us.”

He said the family feels “let down” by social services.

He said: “It seemed strange they never got back to us and next thing we know the case is closed.”