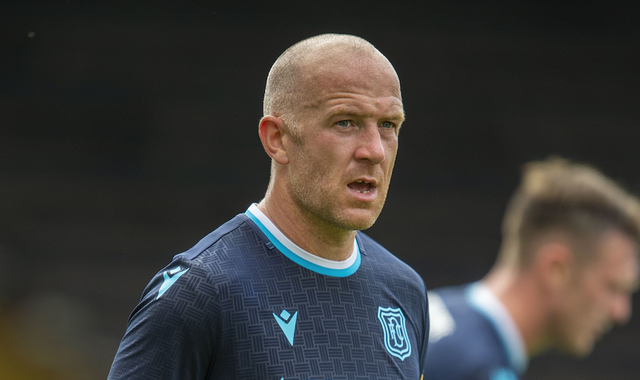 Footballer Charlie Adam has been charged after being involved a late night “road traffic offence”.

The former Liverpool and Stoke midfielder and current Dundee FC captain is thought to have been travelling near Dundee when the incident occurred at 4.25am on Monday.

Adam, who turned 36 last week, was arrested along Dundee Road West, but further details have not yet been confirmed.

A Police Scotland spokeswoman said: “Shortly after 4.25am on Monday, 13 December 2021, a 36-year-old man was arrested and charged for a road traffic offence in Dundee Road West, Dundee.

“A report will be sent to the Procurator Fiscal.”

A Dundee FC spokesperson added: “We are aware of the incident but will be making no further comment.”

The club is set to play Hibernian this evening, but Adam will miss the match at Easter Road after going off injured in Saturday’s defeat away to Ross County.

Adam, who was born in Fintry, Dundee, has dealt with family tragedies over the years.

Adam, who has won 26 Scotland caps during his footballing career, has also spoken about his brother Grant’s health problems in the past too.

He told the Scotsman earlier this month: “My younger brother just below me has been in and out of hospital and was on a life support machine for five days during the season – just about six to eight weeks ago.

“It suddenly became critical. I had that for a good week or so. He was in a bad, bad way. It was touch and go. He is on the mend now, but it was tough.

“He is 27 years of age and has lost his eyesight. He has a guide dog, all through diabetes.

“Listen, it has been a tough time but everyone has tough times. We are not crying from the rooftops. We try to get on with it and deal with it as well as we can.”

Share
Facebook
Twitter
Pinterest
WhatsApp
Previous articleCOVID-19: Boris Johnson to meet with 1922 Committee of Conservative MPs after warning Cabinet of a ‘huge spike’ of Omicron cases
Next articleEfforts to eradicate a debilitating parasite are being hampered by dogs eating infected fish