Royal Navy in danger of not being able to cope with ‘hostile and unpredictable world’, report warns 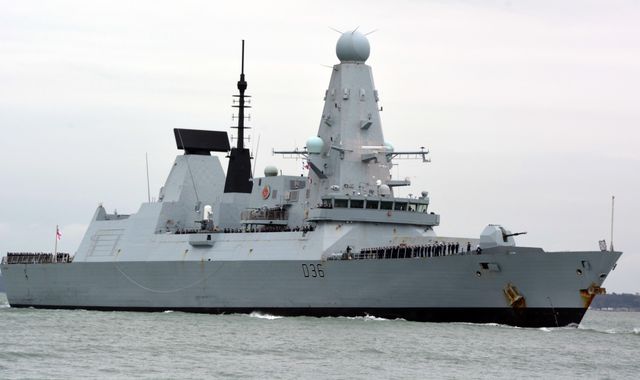 The Royal Navy is in danger of not being able to cope with an “increasingly hostile and unpredictable international environment”, MPs have warned in a damning report.

The report, released on Tuesday by the Commons Defence Committee, urged the government to build more warships to protect the UK as it “cannot fulfil the full ambition” of the Integrated Review with the current fleet.

Published in March this year, the Integrated Review sets out the future of the structure of the UK’s defence forces.

The Integrated Review: Britain reverses planned reduction of nuclear warheads as it warns against threats from China

The new report revealed how at one point last year, five out of six Type 45 destroyers were undergoing maintenance.

It also warned a new £250 million “national flagship”, expected to replace the Royal Yacht Britannia, would bring no advantage to the Navy but would add “ongoing pressures on an already constrained naval budget”.

“We have the shipyards and the know-how to build them: the government just needs to place the orders and give UK shipbuilding the commitment and confidence it needs to deliver.”

The report concluded: “Government’s failure to fund the ha’porth of tar the Royal Navy needs has literally spoiled the ships.”

It said budget cuts mean procurement has been slow and when ships were built and got to sea, they acted “like porcupines – well-defended herbivores with limited offensive capabilities”.

The UK, it criticised, was increasingly reliant on allies to support its capabilities.

Experts told the committee the Navy could be needed to fight for control of the sea in future, or to deny adversaries access to UK waters.

However, the MPs said the Navy was “too small and too specialised” to face threats over the next 20 years, including from Russia and China.

“The Royal Navy will be asked to do even more with even less,” the report said.

“This is a clear risk, which those beyond these shores can calculate just as readily as we can.”

It also said MPs had received “no evidence of the advantage to the Royal Navy of acquiring the National Flagship” – the Royal Yacht Britannia’s replacement – and the initial cost of £200-500m, combined with the £20-30m a year running costs and crew, would increase pressure on the force.

The winning bidder to build the ship is due to be announced this month by Defence Secretary Ben Wallace.

The report also warned, when compared with peers and adversaries, the Royal Navy is not as well-equipped in weaponry.

Mr Ellwood said to maintain the UK’s position as “one of the leading global navies, the government must deliver a rapid programme of modernisation and growth” – and the next 20 years “will prove a test”.

He added: “The UK is faced with an increasingly hostile and unpredictable international environment but the government is still reducing funding, retiring capability and asking the Navy to rely on increasingly elderly vessels for the next five years until new ships come in.”

A Ministry of Defence spokesman said the UK is “well on track to becoming the foremost naval power in Europe” but admitted the report is correct in that new classes of ships, submarines, innovative weapon systems and technologies must be delivered.

He said: “Investment in Royal Navy shipbuilding will double over the life of this parliament to more than £1.7 billion a year. As a consequence the Royal Navy’s tonnage is projected to grow by more than 40% from 2015-2030.

“We will consider the committee’s report and will respond in due course.”