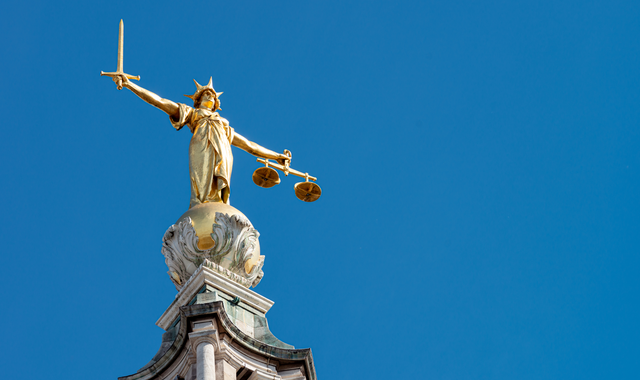 Planned changes to the Human Rights Act have been condemned as a “blatant, unashamed power grab from a government that wants to put themselves above the law” by campaigners.

Justice Secretary Dominic Raab told the Commons the changes would strengthen “typically British rights” and add a “health dose of common sense” to the interpretation of legislation and rulings.

But critics have warned that the rights of ordinary people could be weakened by the proposals.

Mr Raab argues that the measures will prevent “abuses of the system” by foreign criminals who exploit human rights laws to avoid deportation, by restricting the rights available to them.

The overhaul will also “allow more scope” to decide how the UK interprets rulings from the European Court of Human Rights, according to the Ministry of Justice.

It said the measures would “restore Parliament’s role as the ultimate decision-maker” on laws affecting the UK and aimed to “strike a proper balance between individuals’ rights, personal responsibility and the wider public interest”.

Unveiling the proposals to MPs on Tuesday, Mr Raab said ministers wanted to “prevent the misuse and distortion” of the European Convention on Human Rights (ECHR).

The justice secretary added that the UK government’s proposals would “prevent serious criminals from relying on Article 8 – the right to a family life – to frustrate their deportation from this country”.

He told MPs the proposals would ensure that the UK Supreme Court, not Strasbourg, was the “ultimate judicial arbiter when it comes to interpreting the ECHR in this country”.

“We will make it crystal clear that the UK courts are under no duty to follow Strasbourg caselaw which itself does not operate a doctrine of precedent,” Mr Raab said, as he promised the proposals would “better protect the public”

The justice secretary added that the government would consult on plans for a “democratic shield” to “help promote meaningful dialogue with Strasbourg”, and “recognise the proper role of Parliament in responding to adverse rulings from Strasbourg”.

But human rights group Liberty accused the government of “systematically shutting down all avenues of accountability through a succession of rushed and oppressive Bills”.

Martha Spurrier, the organisation’s director, said the Human Rights Act was an “essential law” that allowed public authorities to be challenged “when they get it wrong” and has helped “secure justice on everything from the right to life to the right to free speech”.

“This plan to reform the Human Rights Act is a blatant, unashamed power grab from a government that wants to put themselves above the law,” she said.

“They are quite literally rewriting the rules in their favour so they become untouchable.”

She said the Act “protects all of us”, adding: “We lose it at our peril.”

Amnesty International said human rights were not “sweets” ministers can “pick and choose from” and that the “aggressive” attempt to “roll-back” the laws must be stopped.

“If ministers move ahead with plans to water down the Human Rights Act and override judgments with which they disagree, they risk aligning themselves with authoritarian regimes around the world,” said chief executive Sacha Deshmukh.

“Labour will oppose the Human Rights Act being ripped to shreds by a Conservative government planning to endanger the public by changing the rules to protect themselves,” he said.

The government said it estimated that up to 70% of successful human rights challenges were brought by foreign national offenders who cited a right to family life when appealing against deportation orders.

Under the proposals, a “permission stage” could be introduced for claims which would blocked if they were found to be “frivolous” or false.

A three-month consultation is expected to be launched on the changes to the Human Rights Act, which enshrined the European Convention on Human Rights into domestic law.