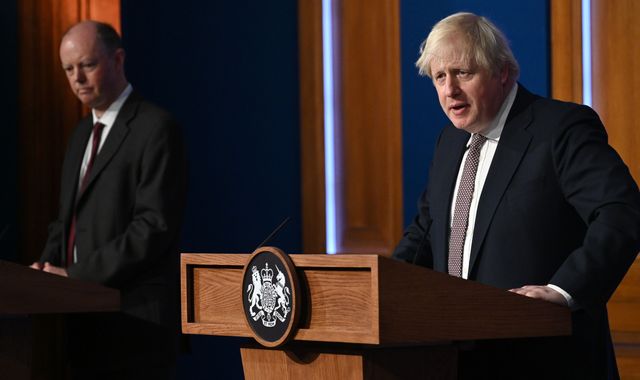 When it came, Tuesday night’s rebellion infected every wing of the Conservative Party in the House of Commons.

The rebels included one former leader, Sir Iain Duncan Smith, while a second, Theresa May, missed the vote.

The chair of the 1922 Committee, Sir Graham Brady, was in the opposition lobby, with all of the heft that comes with his position.

At least two dozen Tories first elected in 2019 were there, including a smattering of those representing “Red Wall” seats.

Even the newest MP in the Commons, Louie French who won the Old Bexley and Sidcup by-election 12 days ago, has already rebelled.

All of the 101 Tory rebels rejected a personal plea by the prime minister, made face-to-face at 5pm on Tuesday, to deliver the worst revolt for Mr Johnson since he became leader – almost double in size of the 53-strong rebellion last December on COVID “tiers”.

It was a direct snub to the prime minister. But what does it mean?

Yes, this is a consequence of weeks of disarray in Downing Street.

But, as ex-chief whip Mark Harper made clear, Conservative MPs were sending a message about more than sleaze, parties or Number 10’s shambolic operations.

The party was telling the prime minister – in large numbers – that he must not impose further restrictions without first consulting them.

And if he attempts this, they will turn him down in even bigger numbers.

Not for the first time in this pandemic, the prime minister is trapped between his party and his scientific adviser.

However it might be the most perilous. As it stands, the prime minister is not on course to get the happy Christmas he hoped for.