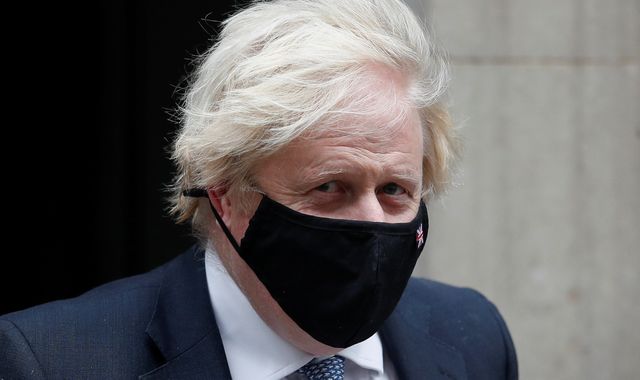 Having earlier in the day warned of a looming “huge spike” in cases of the Omicron variant, the prime minister saw the Commons vote in favour of the extension of mandatory face mask wearing to most public indoor venues.

A majority of MPs also supported – by 369 votes to 126 – another key measure in the government’s Plan B for dealing with winter coronavirus pressures on the NHS, by approving the mandatory use of the NHS COVID pass for entry into nightclubs and large events.

It was the contentious subject of coronavirus certification – commonly known as COVID passports – that was expected to bring the largest Tory rebellion against Mr Johnson, with a number of Conservative MPs using a Commons debate prior to Tuesday evening’s vote to voice their opposition.

It had been estimated that more than 75 Tory MPs would vote against the government on the issue, which would have represented the largest Conservative rebellion under Mr Johnson’s premiership since the 2019 general election.

Health Secretary Sajid Javid had earlier attempted to ease MPs’ concerns by promising that, as well as proof of COVID vaccination, evidence of a negative lateral flow test would also “always” be sufficient for entry to events under the COVID pass scheme.

Mr Johnson had also addressed an emergency meeting of the influential 1922 Committee of Conservative backbenchers as he made a last-ditch effort to prevent a bigger split within Tory ranks on the new rules.

The Tory backlash against the prime minister’s announcement of extra COVID restrictions last week coincided with anger at Mr Johnson over allegations of a string of parties held in Downing Street last year, in breach of coronavirus rules in place at the time.

Ministers’ response to the discovery of the Omicron variant had initially centred on new travel restrictions to stop its spread, but the travel red list will be cleared now that there is community transmission of the new strain within the UK.

The prime minister has also accelerated booster vaccines rollout in a bid to combat the impact of Omicron, with more than 500,000 people receiving their extra doses on Monday.

“I know this will not be easy, I know that you are tired and weary,” Mr Johnson wrote.

“But you know how critical it is that we get Britain boosted, and fast.”

There were signs that the current surge in COVID cases across the UK was also impacting those at Westminster, as a number of MPs reported on Tuesday that they were self-isolating after testing positive.

One MP suggested that the “jammed” voting lobbies in the Commons would be a further “COVID spreader”.