Nearly half of ‘outstanding’ schools downgraded this term by Ofsted, figures show 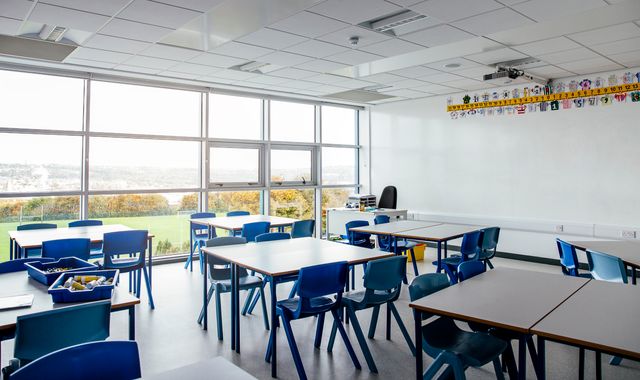 Nearly half of “outstanding” schools have been downgraded by Ofsted this term, data shows.

The highest-rated schools were previously exempt from inspections but the policy changed last year following concerns that hundreds of premises had not been reviewed for years.

During the three months up to the end of November, 47% of schools that were judged to be outstanding were stripped of their top rating following inspections, the latest figures showed.

More than half of the 99 schools visited between 1 September and 30 November had not been inspected for more than a decade.

Of those that lost the outstanding rating, 36% dropped one rating to “good”, 9% fell two grades into the “requires improvement” category, and 2% were handed the bottom ranking of “inadequate”.

However, the overall grade given to schools across England has improved in comparison with the period before the pandemic.

In total, 83% of schools were judged as good or outstanding during this term, the data showed.

This compares with 77% between September 2019, when the new education inspection framework was introduced, and March 2020, when inspections were suspended due to COVID-19.

Ofsted chief inspector Amanda Spielman said: “I am fully aware that schools are still facing very significant challenges as a result of the pandemic.

“So I’m very pleased to report that schools are improving and being recognised for doing so.

“In fact, inspection results this term are very much in line with what we saw before the pandemic began, if not slightly improved. That will be a reassurance to parents and to schools as well.”

The watchdog had been prioritising assessments of those schools previously exempt and that have gone the longest without an inspection.

What is happening now?

Last week, the Department for Education announced that Ofsted inspections will not go ahead this week to ensure schools can plan for Omicron contingency measures.

Both the National Education Union and NASUWT teaching union have called for the pause to last until after the February half-term.

Nick Brook, deputy general secretary of school leaders’ union NAHT, said Ofsted has been “more of a hindrance than a help to schools during the pandemic”.

“Inspections are the very last thing schools need given the current COVID-19 situation,” he said.

“School leaders are under enormous pressure just to stay open and minimise disruption for learners. Pupils will be best served by their schools not being distracted by preparation for inspection.”

Geoff Barton, general secretary of the Association of School and College Leaders (ASCL), said: “Schools have been hit by wave after wave of pupil and teacher absence because of the impact of COVID, and it is unfathomable that Ofsted has ploughed on with routine inspections regardless.

“Those schools which have been downgraded may well feel very hard done by. Ofsted says that it takes into account the impact of COVID but, as that impact varies to such a great extent, this seems to us to be extremely difficult to do in a way that is fair.”