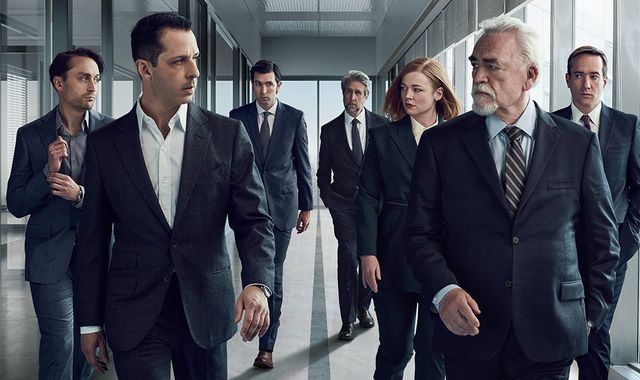 Succession and West Side Story are among the big nominees for next year’s Golden Globes after a controversial 12 months for the organisers.

Over the last year, the Hollywood Foreign Press Association (HFPA), which runs the ceremony, has faced significant criticism after it emerged none of its members were black.

There have also been questions around alleged discriminatory practices, including apparently accepting inappropriate "freebies", following a Los Angeles Times investigation.

It led to Tom Cruise handing back his past awards, NBC pulling out as the awards’ broadcaster and Netflix, Amazon and Warner Media (which owns HBO and Warner Bros) all saying they would not work with the HFPA until there were more meaningful reforms in place.

Sky News understands that Netflix still does not believe the HFPA has gone far enough in its reforms, and that it did not enter any of its content for submission, despite the numerous nominations.

A source added that the company believes it is up to nominees whether to celebrate nominations from the association or not, suggesting that the streamer will not be recognising the awards.

Despite the backlash this year, the HFPA, which claims it has overhauled its membership, has pressed ahead with the Golden Globe nominations, giving nods to the likes of Succession, Squid Game and Pose.

The HFPA says "there are now people of colour involved in decision-making throughout the organisation", and almost half its members are women.

It has also brought in a ban on gift giving from studios to its membership, in an effort to stop them apparently trying to influence the board.

It is not clear whether other studios will accept nominations from the HFPA amid the criticism, or reject the recognition.

Power Of The Dog, King Richard and West Side Story lead the way in film groups, while Ted Lasso, Succession and Pose get nods in the TV categories.

Denzel Washington, Benedict Cumberbatch and Will Smith are among those vying for best actor in a drama, while Lady Gaga takes on the likes of Olivia Colman and Kristen Stewart in the women’s category.

Andrew Garfield and Anthony Ramos both get recognised in the actor in a musical or comedy category for their roles in Lin Manuel-Miranda films this year, alongside the likes of Leonardo DiCaprio and Peter Dinklage.

Rachel Zegler, Alana Haim and Emma Stone all get nods in the best actress in a musical or comedy award.

Belfast, Coda, Dune, King Richard and Power Of The Dog will battle it out for best drama film, with Cyrano, Don’t Look Up, Licorice Pizza, Tick, Tick… Boom! and West Side Story all up for the best comedy or musical film.

The Morning Show, Squid Game and Mare Of Easttown also picked up a number of nominations across the main TV categories, as did Dopesick and Maid.

Succession’s Brian Cox and Squid Game’s Lee Jung-jae get recognised in the drama actor category, while The Morning Show’s Jennifer Aniston and Pose’s Mj Rodriguez feature in the actress group.

In the comedy or musical categories, Briton Nicholas Hoult is up against Jason Suedikis and Steve Martin in the actor group, among others, with Tracee Ellis Ross and Elle Fanning in the running in the women’s category.

The Golden Globes ceremony will take place on 9 January – but there are no details yet about which network, if any, will broadcast it or who will be hosting.