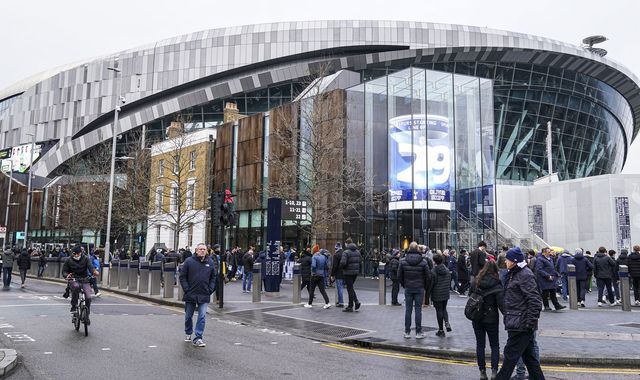 Tottenham’s cancelled Europa Conference League match against Rennes will not be rescheduled, after UEFA said a “solution that could work for both clubs could not be found”.

The game, which was due to be played in north London on Thursday, was cancelled following a COVID-19 outbreak at Spurs.

According to UEFA rules, if a club has 13 fit players and a goalkeeper, it must play.

The club, based in northwest France, also accused Tottenham of not wanting to announce the “number of players affected by COVID”.

A UEFA committee will now decide what happens next.

Antonio Conte’s team, who are second in their group, three points behind Vitesse, still have the chance to reach the last 16.

Spurs hold the advantage in their head-to-head record against Vitesse, meaning that a win against Rennes – and three points – would have put them through.

UEFA said in a statement: “In accordance with Annex J of the UEFA Europa Conference League regulations, UEFA, in cooperation with the two clubs tried to find a viable solution in order to reschedule the match, so as to ensure the group stage could be completed accordingly.

“Unfortunately, despite all efforts, a solution that could work for both clubs could not be found.

“As a consequence, the match can no longer be played and the matter will, therefore, be referred to the UEFA Control, Ethics and Disciplinary Body for a decision to be taken in accordance with Annex J of the above-mentioned competition regulations.”

Spurs tweeted the statement and said it would “continue to update supporters as matters progress”.

Their season has already been affected by snow, causing a Premier League match with Burnley to be called off late last month.

A league game against Brighton tomorrow has also been cancelled because of the COVID outbreak.