Weather: Temperatures could top 14C on Sunday before storms return next week 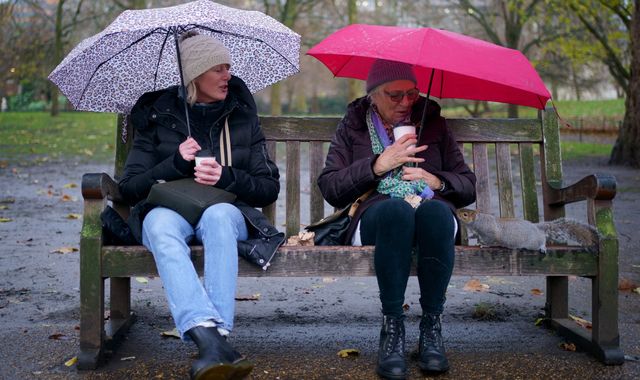 Some areas of the UK could be basking in unseasonably warm weather this weekend – but it won’t last long.

After a week that saw Storm Barra leave large areas left without power, temperatures are set to reach 14C on Sunday in some parts.

Saturday will start mainly fine, if frosty for many, but wind and rain will move in from the west bringing milder conditions.

Sunday will bring more rain, mainly to the west, but it will stay mild, perhaps turning very mild in the south.

Severe gales are possible in northern Scotland on Sunday night.

However, the mild weather won’t last for long with storms and cold weather returning in the lead up to Christmas.

Far too little has happened for powerless homes across the North

Many schools were forced to close and some vaccine centres were also hit with disruption across Scotland, Northern Ireland and northeast England.