Seventy-five people have died in autism and learning disability units in England since 2015, Sky News reveals 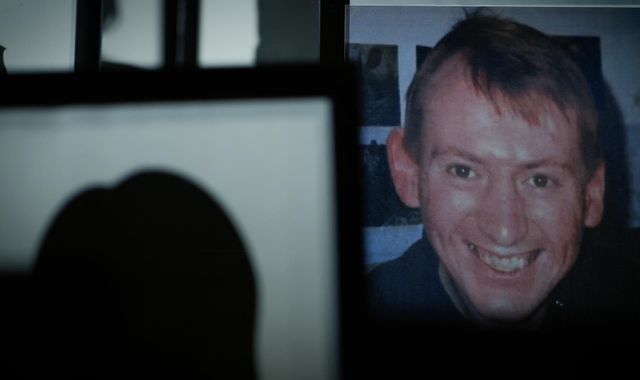 Seventy-five people with a learning disability or autism have died in inpatient units in England since 2015, Sky News can reveal.

It follows an independent review, commissioned by NHS Midlands, which found the death of Clive Treacey – one of the 75 – was “potentially avoidable”.

Now Beverley Dawkins, the author of that review, has said she thinks all of the deaths revealed by Sky News should be re-examined.

She said: “All the deaths should be re-looked at to ensure they have had proper scrutiny and that families have been involved.

“There needs to be proper oversight to ensure any recommendations are collated and lessons are shared.”

Sky News has also learned that amongst the most recent deaths – 35 in the last three years – ten were under the age of 35.

Clive Treacey, 47, had a learning disability and died four years ago, and only now – after an inquest and investigations by multiple agencies – has Beverley Dawkins’ review raised serious questions about his life and his death.

The review said people like Clive are still being placed in situations that “do not keep them safe”.

Beverley Dawkins told us she is “shocked and frustrated” at the slow pace of reducing the number of people in, what are known as, ATUs – Assessment and Treatment Centres for people with learning disabilities and autism – and moving them into the community.

Under the Transforming Care Programme, the government promised to reduce the number of patients admitted to these units under the slogan “homes not hospitals”.

There are currently 2,070 people with a learning disability or autism in hospital units – and more than 800 of those people are considered to be “fit for discharge”.

Ms Dawkins said: “I’m beginning to wonder what it’s going to take to get the changes in place that will enable people with a learning disability to have the life they should.”

Sky News revealed in 2019 that Clive Treacey was one of 40 people with a learning disability or autism who have died while placed in a hospital unit between 2015 and 2018. A review by NHS England into the deaths had found “nothing untoward”.

Now in a new Freedom of Information request, Sky News has learned that a further 35 people have died in autism and learning disability units since 2018.

Beverley Dawkins’ review into the death of Clive Treacey raised concerns over the way the NHS, local authorities and care providers support and care for people with a learning disability or autism.

In her report, she concludes that “system-wide failures” led Clive to experience “an unacceptably poor quality of life” and he was not “kept safe from harm.”

Ms Dawkins questions the specialised care available for people with autism and learning disabilities “before they reach crisis point”: “I do hope that Clive’s story benefits other people.

“I know his family would like his legacy to be change for others in the future.

“Commitments are one thing and actions are another and we really need to see actions taken to change some of these very significant failings.”

She calls on the Royal College of Pathologists to review how effectively pathologists are implementing guidelines on autopsy practice for death in patients with epilepsy.

Clive Treacey was institutionalised, detained in hospital unnecessarily and his voice was not heard in the unit where he died.

Clive’s sister Elaine Clarke said: “We want to make sure we do right by Clive.

“It’s not negotiable that there is no future for people like Clive. I’m going to make sure we contribute and make changes for other families and their cherished loved ones.”

Last month, Sky News reported on the story of Tony Hickmott who has been detained for 20 years in a unit, despite all involved in his care agreeing he should be cared for in the community.

His elderly parents, Pam and Roy described the “misery” it has caused them and Tony.

In response to the deaths, NHS England told Sky News that “every hospital death of a patient with a learning disability or autism is fully investigated” and they are not currently planning to relook into any of the 40 deaths.

In response to Beverley Dawkins’ review, Julia Jessel, Staffordshire County Council’s cabinet member for health and care, said: “The report into Mr Treacey’s life and death makes for uncomfortable reading and I apologise on behalf of the Council for any of its past failings in this case.

The council said in response they will be reviewing “safeguarding inquiries carried out for people with Learning Disabilities”.

The hospital where Clive died has since been taken over. Its new owners Cygnet Health Care told Sky News: “At the time of Mr Treacey’s death in 2017, Cedar Vale was not owned or operated by Cygnet Health Care.

“Although we did not take over the service until August 2018, more than a year and half later, we have worked collaboratively with all concerned to support this review and address any outstanding issues and areas for improvement surrounding his sad death, and we will continue to share lessons learned.”